Inspectors from the Ministry of Construction have halted construction of a large golf project in Ha Nam Province after the investors failed to show construction permit. 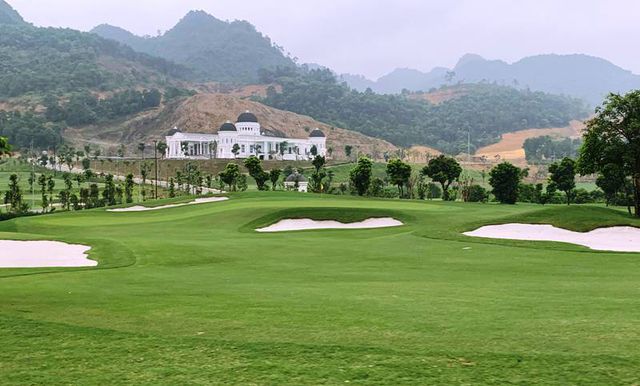 Kim Bang golf and resort project covers 198.24 hectares and was invested in over VND1trn (USD43m) investment by Truong An Golf JSC. In the first phase, 18 golf holes and the clubhouse had been built. Another 18 holes and a resort will be built in the second phase.

The construction was started in May 2017 and the first phase was completed in August last year. However, on April 16, the inspectorate from the Ministry of Construction fined Truong An Golf JSC VND50m (USD2,100) for failing to provide construction permits for several constructions including wastewater station, clubhouse, maintenance house and some other supporting constructions.

Truong An Golf JSC has 60 days to apply for construction permits. If any existing constructions are not included in the permit, they will have to be demolished.

Nguyen Quang Nha, deputy director of Ha Nam Department of Construction, said they had never issued permits to the golf project and had never received any applications for this project. Nha said when the department inspection team arrived at the construction site on June 14, all activities were halted. Nha said they knew that the project didn't have a construction permit and had issued a warning to the investors to follow the regulations but they failed to comply.

"We started the construction without permit because of high pressure to meet construction progress. We are working to complete the required procedures," said Phung Khac Viet, director of Kim Bang Golf Course. Dtinews