Vietnam, the second biggest coffee exporter in the world, is experiencing tough days as the export volume has fallen and export prices are among the lowest in the world.

According to the Department of Farm Produce Processing and Market Development, Vietnam exported 1.17 million tons in the first eight months of 2019 which brought nearly $2 billion, a decrease of 11.8 percent in quantity and 21.4 percent in value compared with the same period last year. 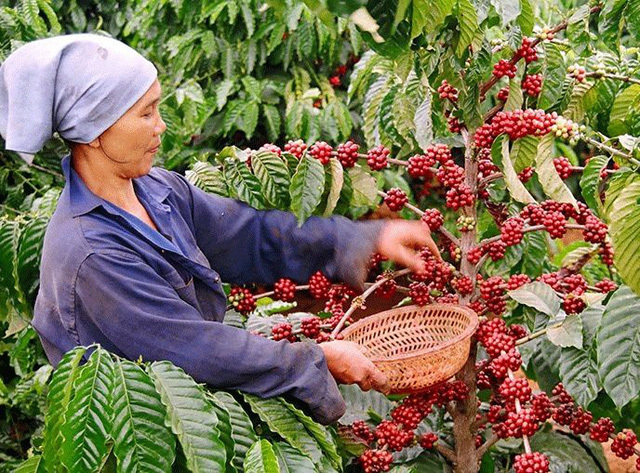 Germany and the US continued to be the two biggest consumers of Vietnam’s coffee, accounting for 13.7 percent and 9 percent of total exports, respectively.

Except for the Philippines and Malaysia, which saw export value increasing by 22 percent and 3.7 percent, respectively, the other markets also saw decreases in comparison with the same period last year.

The average coffee export price in the first seven months of the year was $1,708 per ton, or 11.2 percent lower than last year.

Analysts said the price decrease was foreseeable. The price in the world decreased in the first months of 2019 to a 13-year low because of oversupply in the global market. Vietnam’s export price was lower than the prices of most other exporters.

Vietnam is the biggest supplier of coffee for Spain with two major types, including unroasted coffee; and not decaffeinated and decaffeinated (not including roasted), which account for 42.8 percent and 39.5 percent, respectively, of total import value of the two types in the first four months of 2019.

A report from the Korea Trade Commission showed that Vietnam was the biggest coffee exporter of the market in the first four months of the year with export volume of 11,000 tons. However, the export price was only $1.8 per kilogram.

Brazil was the second biggest exporter with nearly 10,600 tons, but it could sell at $2.6 per kilogram. Columbia, the third biggest, exported 9,000 tons at $3.2 per kilogram.

Vietnam’s coffee is exported to over 80 markets in the world with export turnover of $3 billion. Vietnam accounts for 14 percent of the global market share and makes up 10.4 percent of the total coffee value, second to Brazil.

Vietnam mostly exports raw coffee beans used as input material to process coffee products, some of which are exported back to Vietnam.

Although ranking second in the world, Vietnam's coffee exports are plummeting.