The Ministry of Industry and Trade (MOIT) said Vietnam will have to increase the import of electricity from Laos and China. 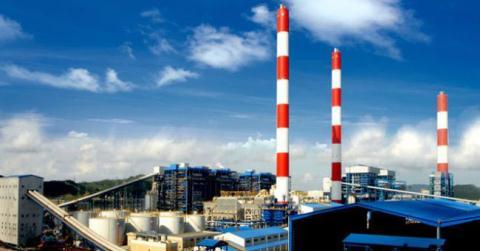 The electricity volume to be imported from China will also increase from 2021. The import price will be more competitive than from Laos and lower than the average price of coal-fired plants (over 7 cent per kwh).

The electricity shortage will be even more serious in 2013, about 15 billion kwh. However, the figure will decrease later to 7 billion and 3.5 billion kwh in 2024 and 2025, respectively.

Vietnam still cannot mobilize electricity from wind and solar power plants. Many wind power plants have had to cut capacity because of the overloading of transmission lines.

Tran Dinh Long, deputy chair of the Vietnam Power Association, said it will take time to develop electricity generation units. The time needed for coal-fired and hydropower is three to five years.

However, Vietnam doesn’t have endless resources for hydraulic power. As for coal-fired thermal power, there are many problems related to supply and environmental pollution.

In principle, wind and solar power can develop more rapidly, especially solar, as the time for construction is short, from 6-7 months to one year.

Long said Vietnam has great potential to develop solar power, but the distribution of in is not equal. In some provinces, the potential is great, but the transmission network is weak.

Meanwhile, developing the network cannot be done overnight. In general, it takes several years to build a transmission line or a new power station. Though solar power plants have been built, they have had to run at limited capacity.

Responding to criticism that Vietnam has to buy electricity from other countries while its power plants cannot run at full capacity, Long said that importing electricity is normal practice because it transfers electricity from places with plentiful capacity to others with electricity shortages.

He said Vietnam can both import electricity and develop diverse electricity sources at the same time.

Korean firms to expand investment in electricity in Vietnam

The Republic of Korea (RoK)’s Consulate General recently revealed the country’s businesses plan to invest more in Vietnam, especially in the manufacturing of electronic equipment and developing smart grid networks.

Vietnam Electricity Group (EVN) could face difficulties in its electricity supply in the coming time due to the shortage of water, coal and gas for power production.