Most currencies have depreciated against the US dollar but the Vietnam dong value has remained stable.

The official dong/dollar exchange rate announced by SBV on August 27 was VND23,130 per dollar. The dollar price has increased by 1.33 percent so far this year. 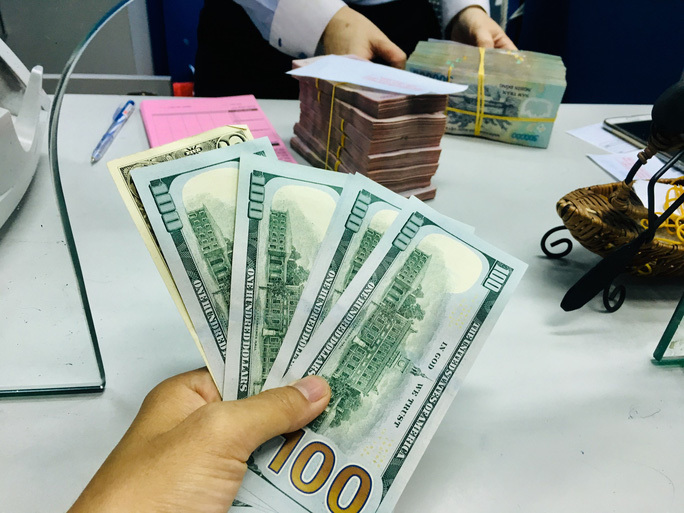 Though the US-China trade war has been escalating, affecting the international finance market, the dollar price in Vietnam is stable, traded by commercial banks at around VND23,140-23,260 per dollar (buy and sell prices). The dollar market price is nearly unchanged: it has increased by VND5 per dollar only so far this year.

The report about the impact of the US-China trade war on Vietnam’s economy by Can Van Luc and his team from BIDV Training and Research Institute showed that the trade war will be unpredictable and may spread to other business fields, including technology, rare earth materials and finance.

The trade war is believed to have negative impact on investment, disrupting the supply chain if the US withdraws its businesses from China. China may retaliate by levying taxes on US imports, restricting the export of rare earth to the US and reducing the imports of petroleum products from the US.

“In these circumstances, the Vietnam dong is still relatively stable,” the report said.

Vo Tri Thanh, former deputy director of CIEM, said if the US FED continues to cut the prime interest rate, this would have positive impact on the dong/dollar exchange rate, but Vietnam should not ignore the devaluation of the Chinese yuan depreciation.

Thanh believes that the dong would depreciate by 2-2.5 percent in 2019.

The complicated happenings in the global finance market have had strong impact on emerging countries. However, Vietnam bears less impact thanks to its flexible exchange rate policy.

Regarding the dong/dollar exchange rate, Chidu Narayanan from Standard Chartered thinks it would be VND23,100 per dollar by the end of 2019 and VND23,000 by mid-2020.

The monetary market’s liquidity has remained stable and foreign currency supply and demand are relatively balanced amidst the uptrend of USD/VND exchange rates over the last few days.