Nguyen Anh Tuan, Director of the Electricity Regulatory Authority of Vietnam, hopes the proportion of imports out of the total electricity volume mobilized will decrease. 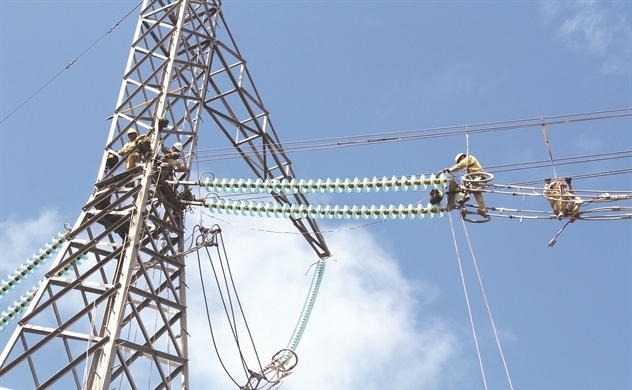 However, in fact, the total electricity production and import output of the national electricity system in 2019 increased by 8.93 percent compared to 2018, estimated at 239,739 billion kWh.

Bui Huy Phung from the Vietnam Energy Association said that importing electricity is a necessity in the context of electricity shortage.

As many as 47 out of 62 power projects with the large capacity of over 200 MW are going very slowly. Of 19 BOT projects, only four have become operational, while the others are still under execution or negotiations. This has led to the prediction that Vietnam would increase the imports.

According to Dinh Van Son, a member of PetroVietnam’s Board of Directors, Thai Binh 2 needs VND2.5 trillion to be able to run at least one 600 MW power generation unit by 2020.

To date, 84 percent of the workload of the project has been implemented, but the difficult parts are in the remaining workload.

However, what concerns the public is the risk in exchange rate. The power industry reported the VND3.09 trillion loss because of the exchange rate fluctuations, and the loss is believed to affect the electricity pricing.

According to the Electricity Regulatory Authority of Vietnam, the average exchange rate in 2018 was VND23,060 per dollar, an increase of VND311 per dollar compared with the VND22,749 per dollar price, or 1.37 percent.

The exchange rate fluctuations led to increases in the cost of buying electricity under the contracts which define US dollar as the payment currency.

Deputy Minister of Industry and Trade Hoang Quoc Vuong said the investors of many power plants use foreign loans in foreign currencies, so the exchange rate fluctuations will affect the electricity production cost.

Vietnam to buy electricity from Laos

A lack of electricity transmission grids is preventing renewable energy projects from generating at maximum capacity.