The Ministry of Agriculture and Rural Development (MARD) has done what it promised – imported pork in large quantities from the US, Canada, Brazil and Russia to stabilize the pork market. 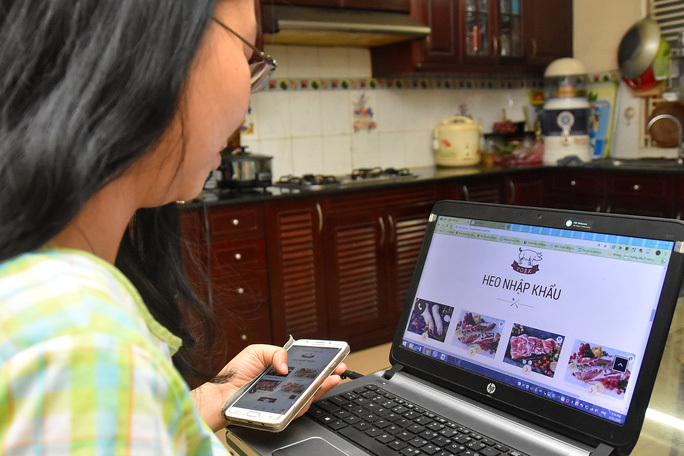 The retail prices are VND10,000 per kilogram higher. Meanwhile, buyers have to pay surcharges for cutting (VND2,000 per kilogram), and vacuum packing (2,000 per pack). The company affirmed that it has all necessary documents to prove food hygiene and origin.

As such, the import frozen pork prices are just 70 percent of the domestic fresh pork prices. At Co-op Food Van Kiep in Binh Thanh district, one kilogram of import pork side was quoted at VND195,000 per kilogram. Meanwhile, at Hien Ha Food Shop next to Ba Chieu Market in the same district, the US frozen meat was sold at VND152,000 per kilogram, but with more fat.

Mai Le, an office worker in district 7, HCM City, andfriends of hers shared a box of frozen meat and were satisfied about the quality.

“The quality of the frozen meat is nearly the same as the fresh meat, while the price is much lower,” Le said.

Meanwhile, Thanh Loan, a housewife in Binh Thanh district, said that frozen meat cannot be as good as fresh meat and she has to add more seasoning when cooking.

Imports not favored in Vietnam

As Vietnamese housewives prefer fresh meat to frozen products, import pork can be only used by eateries, food processing shops and catering companies, while it is rarely sold to consumers.

Nguyen Dang Phu, deputy general director of Vissan, said that the problem lies in consumers’ habit, not in quality. The majority of Vietnamese prefer fresh meat to frozen meat.

The owner of a food processing facility in Binh Duong province said a lot of importers have offered Russian imports recently.

“I have ordered three boxes of pork side (VND120,000 per kilogram). I think the imports have high quality. We will have more option in materials,” he said.

According to MARD, as of March 27, Vietnam had imported 39,191 tons of pork, an increase of 312 percent over the same period last year.

Pork supply expected to recover from this month: MARD