Vietnam needs to create legal framework for the sharing economy

State management agencies need to remove legal barriers that are no longer suitable and allow sharing economy models instead of prohibiting them, economists say.

The plan on developing a sharing economy was approved by the Prime Minister in August. The aims of the plan are ensuring an equal business environment for both businesses in accordance with traditional economic model and sharing economy models; ensuring the interests, responsibilities and legal benefits for involved parties; and encouraging renovation and application of digital technology to develop the digital economy. 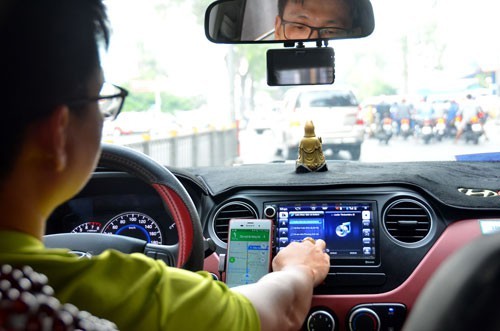 One of the key tasks mentioned in the plan approved by the Prime Minister is to build regulations for new business models.

According to Nguyen Manh Hai, head of the Division for Social Affairs Study under the Central Institute of Economic Management (CIEM), one of the units that built the plan, the sharing economy still has not developed in Vietnam, but the country has great potential for this.

The biggest problem for state management agencies is defining the nature of the business fields to tax. E-hailing is an example. Agencies and economists are still arguing whether e-hailing firms are taxi firms or technology firms.

Ngo Vinh Bach Duong from the Institute of State and Law commented that state management agencies are confused about sharing economy models such as Grab and Mygo.

“The arguments about the conditions of e-hailing firms and drivers using the service have never ended. If this can be clarified, the state will apply the corresponding business conditions, thus facilitating taxation management,” he said.

Besides the transport sector, other business fields such as fintech, P2P and digital tourism are in the same situation.

As for fintech, Nghiem Thanh Son from SBV said SBV has considered international practice and will be open in managing fintechs. This means that fintechs won’t be constrained under the same framework as traditional banks.

Regarding P2P lending, Pham Xuan Hoe, deputy head of the Strategy Department of SBV, has proposed adding P2P on to the list of conditional business fields. He said it is necessary to set up a clear registration policy for licensing of P2P companies, and build a national database to minimize risks.

Impacts of the sharing economy

The sharing economy has brought countless benefits to the market, economy, consumers, as well as governments which set down the path of implementation.

A sharing economy for new startups

The rapid development of the IT revolution has helped startups generate a buzz in the social circle, establishing a new era of promoting globalisation in all sectors while building a new economy – the sharing economy.