If Tiki and Sendo successfully carry out the merger, the Vietnamese e-commerce market will be the playing field for three major players. Two of them, Lazada and Shopee, are foreign invested.

After Adayroi of Vingroup left the market, there are only two Vietnamese names in the e-commerce market – Tiki and Sendo. 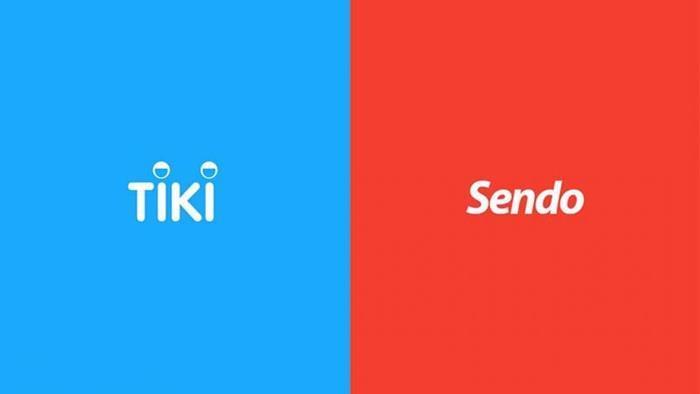 Meanwhile, a foreign source said Tiki and Sendo are negotiating a merger deal. The news has not been confirmed by Tiki and Sendo, but the deal is hoped to succeed, and if so, will create big changes in the market.

Tiki was established in 2010 as an online book seller. Later, Tiki expanded and became an online retailer distributing many different products. In March 2019, Tiki successfully called for $75 million worth of capital.

Sendo is a product of Sen Do Technology, established by FPT Group. It just received investment of $61 million last year. After the series-C funds raising, domestic investors are holding 37 percent of shares in Sen Do and 13 foreign shareholders 63 percent.

SBI E-Vietnam is the biggest shareholder with 21.85 percent of shares, while Econtext Asia 11.47 percent and Beenos Asia 5.93 percent.

iPrice’s Q3 report on the ranking of e-commerce firms showed unexpected changes in ranking. Sendo jumped into the second position to Shopee in terms of number of visitors, outstripping veteran rivals Lazada and Tiki.

Analysts commented that the merger of Sendo and Tiki, if succeeding, will bring a new hope to Vietnam’s e-commerce. The merger will create a new influence powerful enough to compete equally with foreign giants.

Tiki has the advantage in serving consumers in the large cities of Hanoi and HCM City. Meanwhile, Sendo is more popular among users in suburbs and rural areas.

VNDirect Securities predicted that the e-commerce market will continue to boom in 2018-2025 with the CAGR of 27 percent thanks to the popularity of internet and smartphone, and the next-generation of consumers who use technologies.

The competition in the e-commerce market is described as the ‘competition of burning money’ as all players have to spend big money to increase their popularity. While the profit margin is low, the expenses for sale, logistics and promotion programs to attract users are very high.

VNDirect Securities estimated that each firm has to incur a loss of VND142 billion a year for every one percent of market share.

With huge investment capital, Tiki and Sendo continue to take a loss. VNG’s 2018 finance report showed that it has incurred the loss of VND460 billion since the day it poured capital into Tiki.

Meanwhile, FPT, the owner of Sendo, also said in the context of cutthroat competition, taking losses is foreseeable.