The image of walking a tightrope can be used to describe the tough situation the economy in the first seven months of the year. 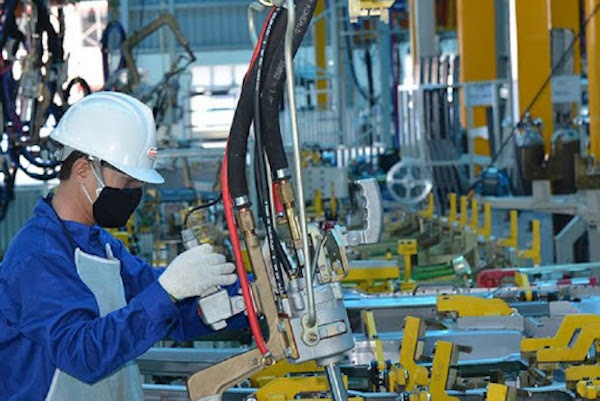 The General Statistics Office (GSO) reported that the industrial production index in the first seven months increased by 2.6 percent only, the lowest growth rate in many years.

Vietnam’s economy in the last 35 years of doi moi (renovation) has not witnessed such a low growth rate. Economists warned that the downward trend will continue.

The Ministry of Planning and Investment (MPI) has pointed out four challenges for the economy. First, the recession may continue as the world’s economy is uncertain and it may recover more slowly than initially hoped.

Second, the recovery of export and investment attraction will be slow.

Third, the service and tourism services, which began a recovery after social distancing, may slow down again.

It also warned that bad debts may increase again and climb to 3.6-4 percent of total outstanding loans by the end of 2020, or even higher in the future if the epidemic escalates, causing difficulties to production and business activities.

“Industrial production has slowed down after gaining impressive growth last month. Seafood exports are still meeting difficulties. The service sector began recovering thanks to the domestic demand stimulus policy and the high tourism season in summer. However, when the season ends and if Covid-19 breaks out again, the situation will be very difficult,” said MPI Minister Nguyen Chi Dung.

IHS Markit has reported that Vietnam’s PMI (purchasing managers’ index) in July was 47.6, a 3.5 score decrease from the month before because of the sharp fall in the number of orders. The figure indicates that industrial production and export growth will continue slowing down in the time to come, thus affecting Vietnam’s economy.

Nguyen Dinh Cung, a member of the Prime Minister’s Economic Advisory Council, said that Vietnam’s economic growth rate would be low and may see a 35-year record low this year.

In the immediate time, because of the pandemic, people will restrict travel and cut spending, which will lead to weaker demand. Meanwhile, public investment remains stagnant.

Higher unemployment rate: the dark side of the economy

More businesses have had to suspend their operations or shut down, bringing about a high unemployment rate.