Nguyen Hoang Minh, deputy director of the HCMC Branch of the State Bank of Vietnam (SBV), affirmed that there was no need to worry about a lack of capital as there are many lenders now. 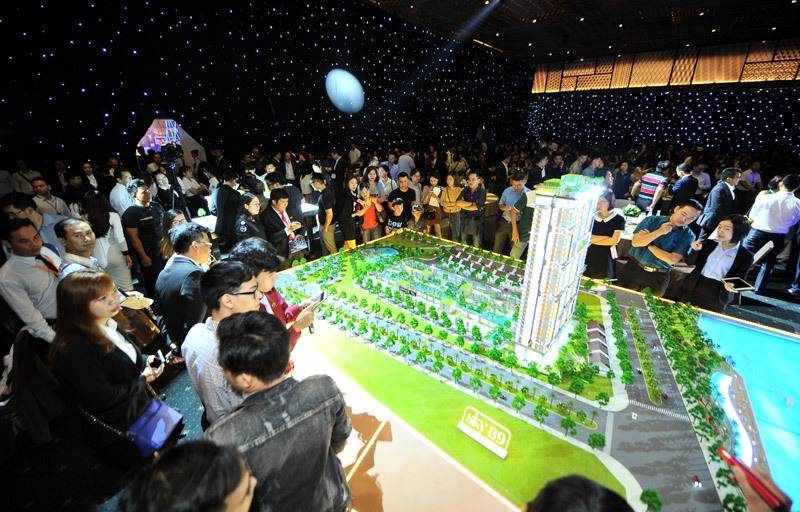 Minh cited a report as saying that under the bank-business connection program, 48,558 businesses have VND845 trillion worth of bank loans over the last seven years. At least 80 percent of disbursed loans have gone to production and business projects.

Vietnam’s enterprises now also use foreign capital for their business plans. An Gia received investment from Japanese Creed Group in 2015.

An Gia JSC’s Nguyen Trung Tin said teaming up with foreign investors not only can help improve financial capability, but also change the thinking about corporate governance and market awareness.

He said once businesses’ capability is upgraded, it would be easier for them to call for capital. In 2018, An Gia found another investor – Hoosiers from Japan.

Meanwhile, investment funds from the UK and South Korea have expressed their willingness to cooperate with An Gia.

Joining forces with foreign investors to develop real estate projects is a growing tendency. Thu Duc House and Daewon from South Korea set up a joint venture in 2003 to develop a project, the first with the cooperation of foreign partner in the real estate sector in Vietnam, according to Nguyen Ngoc Truong Chinh, CEO of Thuduc House.

Thuduc House was also one of the first real estate firms listing shares on the HCMC Stock Exchange in 2006. The move was followed by many other firms which want to diversify capital sources. It plans to list shares on foreign bourses in 3-5 years.

Tran Uyen Phuong, deputy CEO of Tan Hiep Phat, a beverage company, said Tan Hiep Phat once refused $2.5 billion from an investor, though the two sides spent one year to learn about each other.

“We refused the investment deal not because we did not want capital. This was just because it was not the right time to get the capital,” she said.

Meanwhile, a businessman in Hanoi said he doesn’t intend to seek foreign capital.

“If you have a good business project, you’ll find it easy to call for investment from domestic sources. Capital is profuse,” he said. “Foreign investors always set a lot of requirements. And it’s risky to cooperate with foreign investors because you may be swallowed at any time.”