Meeting quality standards and enjoying preferential tariffs from the new EVFTA, Vietnam’s key farm produce such as rice, fruit, coffee and seafood are rushing to head for the EU market.

The Ministry of Agriculture and Rural Development (MARD) reported that with export turnover of $4.6 billion worth of farm exports, the EU was the third largest customer of Vietnam in 2019. 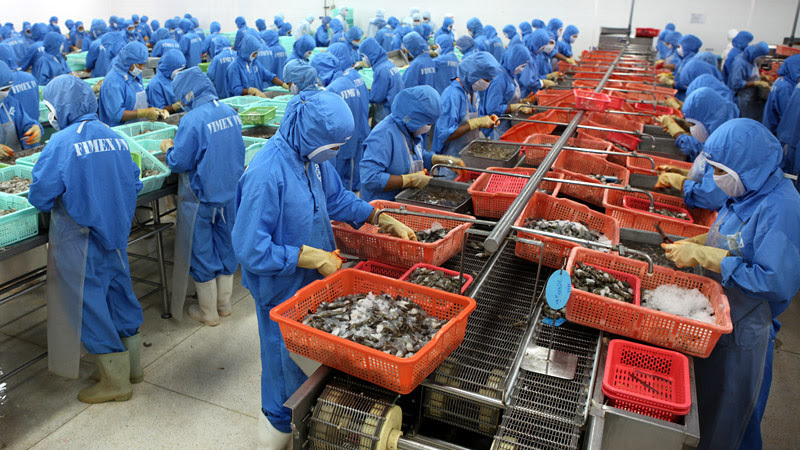 The EVFTA, which took effect on August 1, 2020, wolill pave the way for more Vietnam farm produce to enter the market.

According to Nguyen Do Anh Tuan from the International Cooperation Department, under EVFTA, most farm produce, including coffee, rice, seafood (except canned tuna and fish ball), rice, vegetables and fruit, and products processed from vegetables and fruits, honey, tapioca, and wood and wooden products, have seen the tariff cut to zero percent.

Rice is the most prominent export item with export value in August increasing by 93.5 percent and 35.6 percent, respectively.

Deputy Minister of Agriculture and Rural Development Phung Duc Tien on September 11 said the EU will remove the tariffs on 86.5 percent of Vietnam’s seafood export turnover within three years, 90.3 percent within five years, and 100 percent after seven years. As for canned tuna, the EU offers the quota of 11,500 tons.

“Taking full advantage of the tariff cuts, Vietnam’s businesses have obtained orders increasing by 10 percent since the beginning of August compared with July 2020,” Tien said.

Tien said the EU, with 27 member countries, 511 million consumers and GDP of $18,291 trillion in 2019, is a large market with high income level. In trade relations, the EU and Vietnam are mutually complementary, not directly competitive.

“We consider this an opportunity to penetrate deep into the global market with high value and high quality,” he said.

According to MARD Minister Nguyen Xuan Cuong, Vietnam exports in the EU proves the production level and quality of Vietnamese products. This will allow Vietnam’s products to reach choosy markets.

The EU market is opening up a wide door for Vietnamese agricultural products. However, in order to satisfy the demands of the market, Vietnam needs to re-organize production by ensuring food safety and traceability.

A director of a rice export company in Can Tho said the EU is a choosy marke. It took the enterprise 3-4 years to improve the soil to produce clean organic rice. The company exported 150 tons of scented rice last August.