Ngo Quang Tu from the Ministry of Agriculture and Rural Development (MARD), said the farm, forestry and seafood produce processing industry in the last 10 years maintained high growth rate of 5-7 percent per annum. 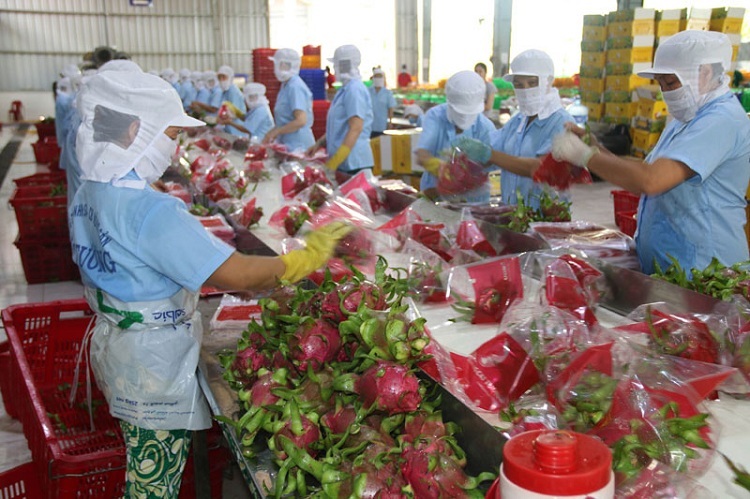 However, the industry’s development is still below the potential, while it lacks investment in preservation technology.

Le Manh Hung from the Southern Post-harvesting Institute also said Vientam’s veggie and fruit export turnover will be increasing because Vietnam’s products now are chosen by choosy markets markets such as the EU, US, Japan, South Korea, New Zealand and Australia, but product competitiveness is weak because of unsuitable fruit preservation and packaging.

“Vietnam should improve the quality of packaging. The rice is delicious, but the packaging is bad,” he said.

He said customers tend to buy products based on prestige of brands.

Nguyen Dinh Tung, CEO of Vina T&T Group, which exports fruits to the US, also said in order to penetrate foreign supermarkets, it is not only necessary to ensure food safety standards, but also to observe the regulations on product standards and specifications, including packaging.

Developed countries all set requirements on health protection, si the packaging needs to prove that there is no toxic residue in products.

The director of a pepper export company said foreigners like Vietnam pomelo, but pomelos sell slowly at supermarkets overseas. This is because foreigners want ready-made pomelo, with no peel and pips. Due to the weak preservation and packaging technology, Vietnam mostly exports unpeeled fruits.

Two years ago, a South Korean company came to Vietnam and sought supply of frozen fruits. However, it was difficult to find enterprises which could pack products at various weights, 80, 150, 200 and 250 grams.

A representatie of Lotte Mart commented that in the world market, packaging tends to be simple and elegant, but Vietnam’s items such as coconut candy, dried jackfruit, rice paper and dry vermicelli are colorful, which doesn’t fit Korean tastes.

He said if Vietnam can improve packaging, its products would sell mire even if they are 10 percent more expensive.

The total export turnover of farm, forestry and seafood produce in the first seven months of the year hit $23.3 billion, an increase of 2 percent over the same period last year, according to MARD.

Official reports all show that exports of farm produce have increased sharply since the beginning of the year, but the value is very low.

Vietnam’s businesses have had to change the way of organizing production to satisfy the increasingly high demand from China.