Vietnam’s fish, shrimp exports no longer can enjoy preferences from the US

The Vietnam Association of Seafood Exporters and Producers (VASEP) reported that Vietnam exported $556 million worth of seafood products in January, a sharp fall of 25 percent in comparison with the same period last year. 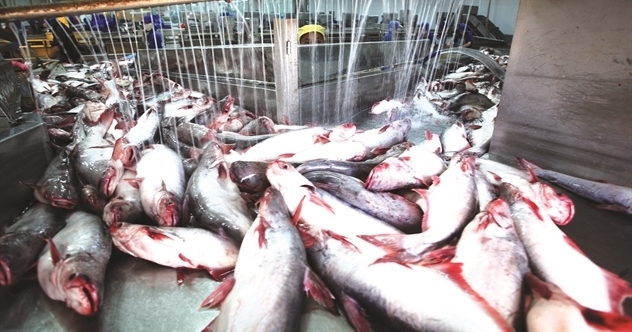 Catfish exports brought turnover of $75 million, decreasing by 64 percent, while the export turnover of other products decreased by 22 percent.

The exports to key markets such as Japan and the US have decreased by 20 percent and 36 percent, respectively. The Chinese market, including Hong Kong, saw a sharp fall of 45 percent to $51.5 million.

The only good news is that export turnover to the EU increased by 13 percent, reaching $127 million.

The significant decrease in export turnover is attributed not only to coronavirus, but also to the stiff competition in prices and stricter standards set by choosy markets.

Vo Hung Dung, chair of the Vietnam Pangasius Association, said the tightening of the seafood import monitoring program and the imposition of relatively high anti-dumping duties have reduced opportunities for Vietnam’s enterprises to export products to the market.

As of the end of November 2019, Vietnam had been among the 10 partners with the highest trade deficit with the US. The Vietnam-US import/export turnover was $68.6 billion and Vietnam had excess of exports over imports of $32 billion.

This is not good news and Vietnam has had a surplus in trade with the US for many years.

However, the growth of exports to the US by nine other countries has decreased compared with 2018, but Vietnam’s exports still are growing. This is not positive, according to Nguyen Thi Thu Trang, the director of WTO Center.

Unable to enjoy major preferences in key export markets, Vietnam has no other choice than to restructure the industries and re-organize production activities by utilizing high technologies and forming production links to create higher-quality products.

However, analysts still predict a bright future for the seafood industry thanks to CPTPP and EVFTA. The seafood sector is expected to enjoy big benefits as Vietnam has obtained commitments on the sharpest tariff cuts so far.

According to the Vietnam Chamber of Commerce and Industry (VCCI), in CPTPP Canada accepted to eliminate tariffs on Vietnam’s seafood soon after the CPTPP took effect, while Mexico committed to remove tax on Vietnam’s catfish after two years.

Electronics, seafood and garment industries to benefit the most from EVFTA

Vietnam is the second country in Southeast Asia, following Singapore, that has signed an FTA with the EU.