In 2018, only 23% of luxury homes were sold to locals, outpaced by Chinese, while South Koreans and Hong Kong (China) residents followed closely behind. 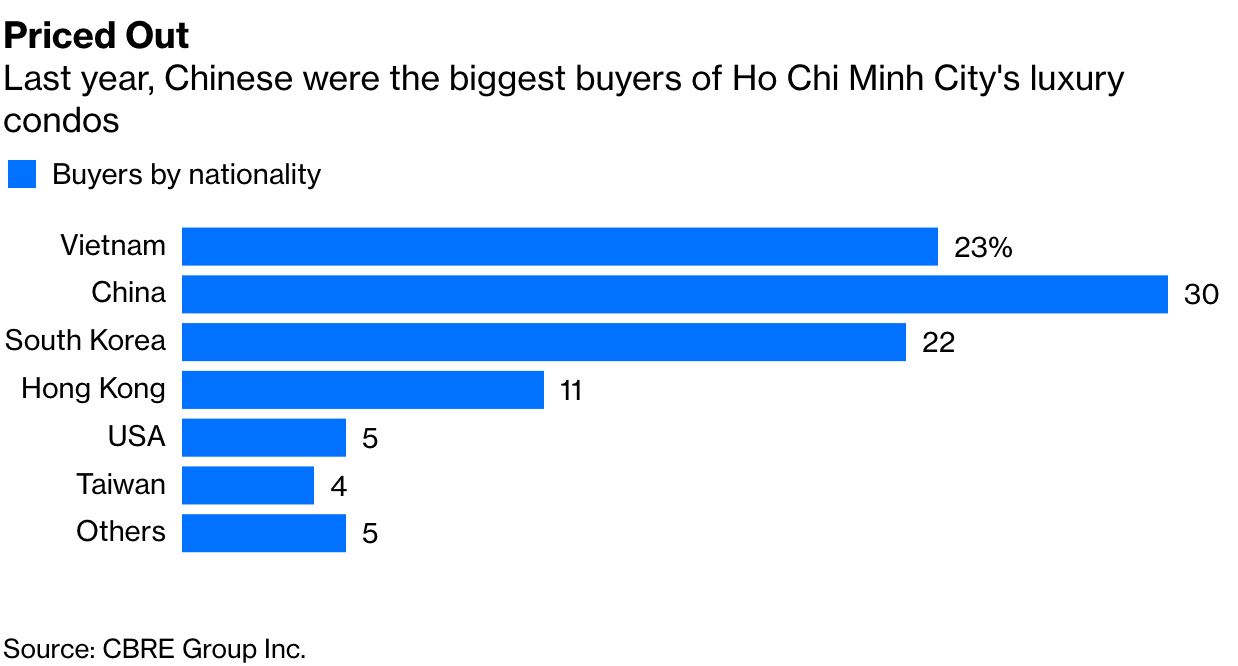 Ever since Vietnam allowed foreigners to own apartments in July 2015, its luxury housing sector has been on a tear, stated Bloomberg.

In the same year, only 23% of luxury homes were sold to locals, outpaced by Chinese, CBRE estimated. South Koreans and Hong Kong (China) residents followed closely behind.

For Chinese, as early as 2016, marketing brochures touted Ho Chi Minh City as Vietnam’s Shanghai, and Thu Thiem as a newer Pudong, the glitzy central business district that rose from abandoned farm land.

As they see it, Vietnam now is China a decade ago – a politically stable country that can reap riches through exports and a friendly relationship with the US.

And for Chinese investors used to sky-high prices at home, Vietnam's luxury apartments seem like a good deal. Earlier this year, China Vanke, the third largest developer on the mainland, launched a riverside project in Shanghai’s Pudong with units priced at more than US$15,000 per square meter, more than double a similar project located near Ho Chi Minh City’s central business district.