According to the Ministry of Planning and Investment (MPI), 15 outward investment projects were licensed in May. 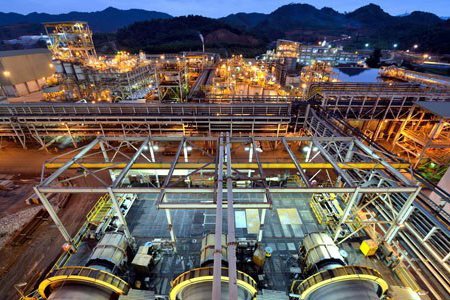 Two existing projects asked for permission to increase their investment capital. The total registered capital of the projects was $111.76 million, an increase of 3.3 times compared with the same period last year.

In the first four months of the year, the total outward investment capital was $69 million, just 46.1 percent of the same period last year.

The sharp increase in investments in May was attributed to the presence of a large project, $91.5 million, registered by Masan Tungsten Company in Germany. The investor is a subsidiary of Masan Resources. The company has wrapped up the purchase of the tungsten business platform of H.C. Starck Group GmbH.

In the last five months, the total outward investment capital reached $180.7 million, including $162 million worth of newly registered projects.

Analysts believe that when the pandemic is contained all over the world, Vietnam’s outward investments will continue to increase.

The promulgation of Circular 03/2018 standardizes the legal procedures for outward investment activities, which has helped state management agencies improve their management over projects outside Vietnam and create favorable conditions for investors to do business overseas.

Analysts noted that there is a growing tendency of Vietnamese investors to register investments in developed countries.

Some years ago, Vietnamese businesses mostly made investments in neighboring markets, including Laos, Cambodia and Myanmar, or in underdeveloped countries such as in Africa. But now they tend to seek greater opportunities in developed economies. The investment by Masan Tungsten is an example.

MPI reported that Vietnam’s businesses poured capital into 18 economies in the last five months. Germany was at the top, with $92.61 million, which accounted for 51.3 percent of total investment capital. The US ranked second with $21.72 million, or 12 percent. The next positions belonged to Myanmar, Singapore and Cambodia.

Instead of pouring capital into agriculture, forestry, mining or afforestation as they did previously, Vietnamese investors now invest in business fields which promise higher added value.