Renewable energy has been designated one of major sources in Vietnam’s power mix by 2030 and beyond. 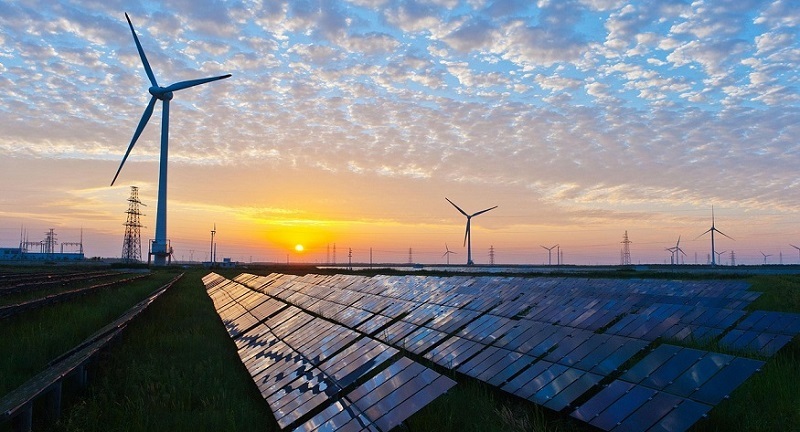 Statistics by the Ministry of Industry and Trade show that in 2019, the country’s total primary energy supply (including energy production and energy import) was estimated at 92.3 million tons of oil equivalent (TOE), of which the percentage of renewable energy accounted for 14.82%.

Local experts forecast the development of renewable energy would help Vietnam save up to 60% of imported fuel.

McKinsey & Company said the input costs for solar and wind power in Vietnam fell 75% and 30%, respectively, in 2012-2017 and the reduction will continue in the years to come.

In the government’s scenarios for the energy sector in 2021-2030, the annual energy demand will grow 6% and the ratio of renewable energy will be around 21% by 2030.

Although there is no foreign ownership restriction in the industry, public-private partnership (PPP) projects in the form of build-operate-transfer (BOT) contracts are usually preferred due to government guarantees and incentives.

Although foreign and domestic investment is on the rise in the renewable energy sector, much more needs to be done to ease investor concerns.

In spite of the liberalization of the policies in the last few years, investors are facing numerous obstacles such as: Lack of capital/funding; Low tariffs coupled with high investment costs in newer technologies; Lack of qualified human resources; Underdeveloped supporting industries; Weak grid capacity; Un-bankable power purchasing agreements (PPA) terms; Delays in larger projects due to the complex regulatory framework; and Lack of clarity in future energy prices.

Feed-in-tariffs
Feed-in-tariffs (FiT) in Vietnam is one of the lowest in the world. Tariffs are currently set for biomass, wind, waste-to-energy, and solar projects.

7.28 US cents/kWh (burning of gases from landfills);

Vietnam would require around US$10 billion annually between now and 2030 to keep pace with the growing demand. With such high capital requirements, the government has allowed 100% foreign ownership of Vietnamese companies in the energy sector.

Foreign investors can choose among permitted investment forms; 100% foreign-invested company, joint venture or public-private partnership (PPP) in the form of a BOT contract.

With low feed-in-tariffs and high production costs, PPP is the most effective means of entering the market to minimize risks. PPP term is 20 years from the commercial operation date.

In addition, other incentives include preferential credit loans, land use tax exemption, and land rental exemption.

EVN, the sole buyer of electricity in Vietnam, has also been mandated to prioritize renewable energy in grid connection, dispatch, and purchasing electricity at approved tariffs.

Vietnam has immense potential for wind and solar-based projects and is sufficient enough to address the growing power demands. However, low feed-in-tariffs (FiT) have deterred foreign investors due to large investment costs.

The government needs to gradually increase FiT or at least adopt a price plan so that investors would be aware of the expected price hikes in the future. In addition, if Vietnam can introduce a bankable power purchase agreement (PPA), it could lead to an increase in international financing, which would help the country meet its renewable energy goals.

Apart from FiT, negotiating standard PPAs with EVN, the sole buyer of power is time-consuming, which leads to an increase in the total project costs. PPA negotiations have to be more efficient to reduce overall costs to investors due to delays.

Relevant government authorities should also reduce the timeline regarding the formulation of guidelines and regulatory approvals, which in some cases has been years. Lack of clarity and delays in approvals often leads to execution delays or complete abandonment of projects.

Additionally, quality and sourcing of data for renewable energy sub-sectors have to improve to ensure clarity for investors about available locations, infrastructure capabilities, and government’s targets.

As the renewable energy sector picks up the pace in the coming decade, the government also needs to focus on developing the human resource capability. In the last few years, EVN has been conducting various training programs for technical experts, mostly for power plants and similar training should be introduced for the renewable energy sub-sectors as well, in order to meet up with new requirements.

The government should promote domestic small- and medium-sized enterprises (SMEs) through capital subsidies and incentives such as tax breaks and preferential loans. A competitive supporting industry will help in reducing investment costs for renewable projects, Dezan Shira & Associates recommended.

Vietnam’s electricity output is forecast to rise to 950 billion kWh by 2045 to meet the growing demand for economic expansion.