Despite its young age, the Vietnamese stock market has made great contributions to economic development in the last 20 years.

When HOSE opened in July 2000, there were only two businesses listing shares, with market capitalization value of VND986 billion, equal to 0.28 percent of GDP. 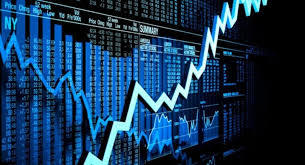 Now, there are 750 caps and fund certificates listed at HOSE and the Hanoi Stock Exchange (HNX).

In addition, there are nearly 860 businesses listing their shares on UpCom.

When the market became operational, only the VN Index showed the market performance. Later, new indexes were set up, including the HNX Index and UpCom Index, the ‘thermometers’ of the Hanoi and UpCom markets. In addition, the other indexes including VN30, VN100, HNX30, VNMID, VNSML, VNXALL, VNX50 and VNSI have also been launched to help investors better analyze the situations for reasonable investment decisions.

The goods on the stock market are getting more diverse. There are not only ‘traditional goods’ such as stocks and bonds, but a lot of new investment tools such as covered warrant, VN30 index futures and government bond futures.

This development also meets the needs of diversifying investment options and hedging risks, thereby increasing liquidity, and retaining cash flows in the periods when the market witnesses negative happenings.

The stock market has become an effective capital mobilization channel. This brings benefits not only to businesses, but also to the government. The government can raise funds at minimum costs through bond issuance and improve the effectiveness of the operation of equitized enterprises.

The national program on restructuring the stock and insurance markets approved by the government in 2019 has set important goals for 2020. Under the target, the share market will have value equal to 100 percent of GDP, while the bond market 47 percent of GDP. It is expected that the number of securities investors will be equal to 3 percent of population.

Analysts say these are ambitious goals, because the scale of the government bond market remains modest and there are only 2.3 million investment accounts, or just 2.5 percent of population.

The amended Securities Law was ratified by the National Assembly in November 2019.

In 2018, FTSE added Vietnam to the watchlist for countries to be upgraded to a secondary emerging market. Meanwhile, MSCI is likely to upgrade the Vietnamese market in the next two years.