Van Don district was among the country’s would-be three special economic zones (SEZs) in a controversial draft law on SEZs that was withdrawn last year.

The Vietnamese government has issued a resolution on the pilot establishment of a management unit of Van Don economic zone under the Quang Ninh People’s Committee.

Under the master plan for socio-economic development of Van Don economic zone by 2030, the locality is expected to be transformed into a smart, modern and green coastal urban area, as well as the region’s economic and cultural hub with GRDP of US$5.6 billion, the population set to grow to 140,000 from the current 52,000, and create 89,000 jobs.

By 2050, Van Don should become one of Vietnam’s major economic driving forces and a worth-living city in the Asia – Pacific.

With expectation to be a breakthrough in legal and institutional reforms to boost economic development and investment in SEZs, the draft law was first submitted to the National Assembly for review in October 2017.

However, it was returned for revision several times and now put on hold, due to its complicated nature that resulted in divergent opinions among National Assembly deputies, experts and the public, said Nguyen Khac Dinh, head of the National Assembly Committee on Legal Affairs, last August.

One of the most controversial issues of the draft law was its proposal of land leasing tenure of up to 99 years in exceptional cases, which was later discarded by the government. Policy makers later proposed applying the Law on Land with regard to the duration of land leasing in SEZs. Hanoitimes 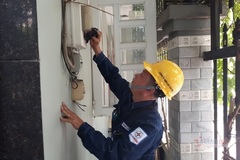