Vietnam should not allow foreigners to own condotels: HOREA

With warnings from the Ministry of National Defence and Ministry of Public Security, the HCM City Real Estate Association (HOREA) believes that it is not the right time to allow foreigners to owns condotels and tourist villas.

HOREA, reviewing sales of real estate products to foreign individuals and institutions in the last five years (2015-2020) by 17 large real estate firms, estimates that the transactions of the 17 firms accounted for 70-80 percent of total transactions with foreigners, about 14,800-16,000 products. 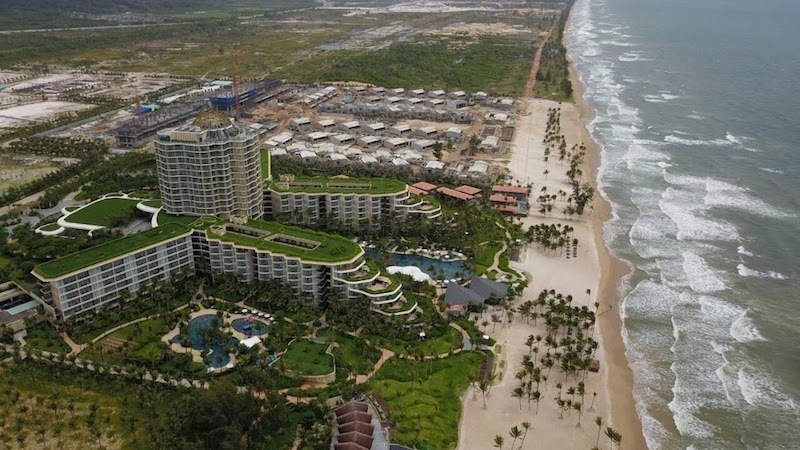 Of these, the top five real estate firms sold 10,500 products, or 85.7 percent of the total products sold to foreigners. HCM City attracted the most foreign buyers, with 80 percent of total transactions with foreigners.

Meanwhile, a report of the Ministry of Construction about the property market in the last 10 years (2009-2019) showed that 5,000 housing projects with 3.77 million products were built. As many as 787,000 products could be developed in each 5-year development period.

As such, if noting that foreigners bought 16,000 products in the last five years, the figure accounts for only 2 percent of total supply in the market.

HOREA said that there was no ‘wave’ of foreigners buying houses in Vietnam in the last five years.

Only high-end and modern urban areas and apartment buildings with sufficient facilities, located in advantageous positions for transport, can attract foreign buyers.

According to the association, housing project developers have been strictly following the regulation on selling no more than 30 percent of total apartments in projects to foreigners.

As the real estate market has been facing difficulties because of the pandemic, the Ministry of Construction has proposed amending the 2014 Housing Law and Real Estate Business Law, increasing the number of products that foreigners can own in every apartment building, and allowing foreigners to own tourism real estate in Vietnam.

Regarding the proposal, HOREA said one should not be under the illusion that foreigners will rush to buy housing in Vietnam. Statistics show that transactions related to foreigners just account for 2 percent of total transactions.

The Ministry of Public Security has also warned about management of the sale and purchase of condotels, tourist villas and officetels. Real estate developers often sell these products as they cannot meet conditions, thus raising risks for buyers.

HOREA has said foreigners should not be allowed to buy and own condotels, tourist villas and tourism townhouses at this time.