Since June, Vietnam’s farm and seafood produce have had through official channels to enter China and meet stricter requirements. Despite this, China still remains Vietnam’s major export market. 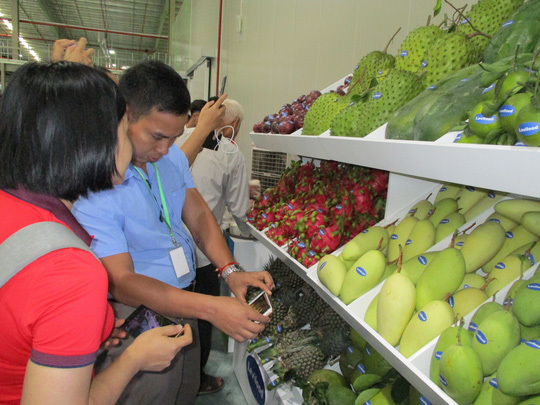 Therefore, exporting products through official channels is the only way to penetrate the Chinese market. In order to do this, Vietnam’s products have to meet requirements set by the importer on quality and traceability.

The requirements set by Chinese agencies are similar to those of choosy markets such as the US, Japan, Australia and Canada.

Vietnam’s enterprises won’t give up the market despite stricter requirements. Nam said China is a large market with 1.4 billion consumers and increasingly high demand for farm and seafood produce. It is near and similar in consumer taste.

In 2018, the two-way Vietnam-China trade turnover of this category of products hit $12 billion, of which Vietnam exported $8.3 billion. In the same year, China imported $79.7 billion worth of farm produce. and the figure keeps increasing.

Nguyen Quoc Toan, Director of Processing and Development of Agricultural Products Market, stressed that China has always been the traditional farm produce market for Vietnam and it will still be a market in the future.

Therefore, Vietnamese enterprises have to be aware of the importance of the Chinese market. They need to understand that China'new rules are just simply a necessary adjustment in the context of global integration.

Vietnam’s farm exports to China decreased in Q1 2019, but bounced back later in April when Vietnam’s enterprises became more accustomed to the new requirements. In Luc Ngan litchi granary in Bac Giang province, for example, 100 percent growing areas have been granted codes.

The number of container equivalents of goods shipped in and out of Vietnam annually may reach 23 million by 2025, up 64% in 2019.

Members of Generation Z, born in 1996 and after, have begun joining the labor market and will quickly become the major labor force in the economy.