Coca-Cola's announcement that it will enter the dairy sector will increase pressure on Vietnamese producers.

IDP’s hope to join the group of companies leading the dairy market has faded as it is continuously facing big losses. The latest report of the dairy producer showed that the company took a loss of VND43.8 billion in 2018. 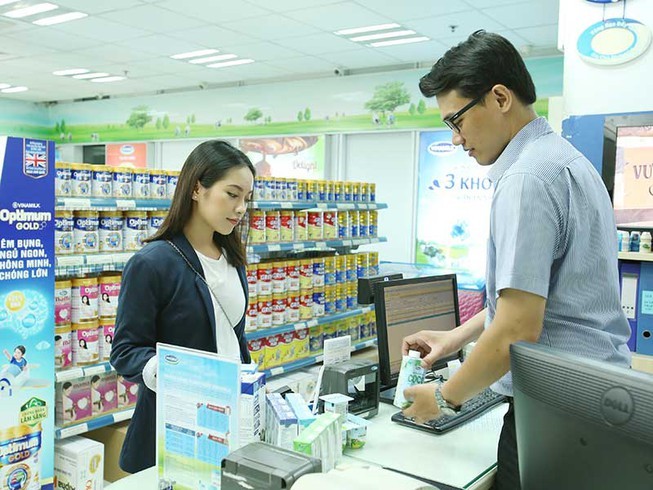 The figure was even higher, VND298 billion, in 2017. To date, its accumulative loss has reached 700 billion.

VinaCapital was disappointed about the bad business performance as it has poured big capital into the company, now holding 60 percent of chartered capital in IDP.

According to VinaCapital, by mid-2018, the value of its investment in IDP had dropped to $25 million, a sharp fall from $35 million three years ago.

Tran Bao Minh, general director of IDP, admitted that it was very difficult to compete with big rivals.

“The companies with powerful financial capability just need to spend 10 percent of their revenue to run marketing campaigns and the amount is equal to the annual revenue of small companies,” he said.

Ha Noi Milk has not incurred as heavy loss as IDP, but has to struggle to survive. The company made a modest profit of several hundreds of million of dong in H1 2019 and VND1.1 billion in 2018, while it took a loss of VND18 billion the year before.

Tran Dinh Phuong, a finance expert, commented that IDP’s heavy loss, despite the investment of VinaCapital, and the modest profit of Ha Noi Milk, show how competitive the market is.

Mai Kieu Lien, general director of Vinamilk, also its marketing budget for one year is equal to the revenue of many small dairy producers in total.

According to the Vietnam Milk Association, the total revenue of the dairy sector in 2018 reached VND109 trillion, an increase of 9 percent over 2017. In 2010-2018, the average growth rate of the sector was 12.7 percent per annum.

Coca Cola has announced it will jump into the dairy sector. Analysts commented that the presence will put pressure on small dairy producers, including Vinamilk, which is leading the market.

According Tuan of Ha Noi Milk, foreign companies have great competitiveness in formula powder milk, while Vietnam’s companies have advantages in yoghurt and pasteurized milk products.

Vietnam-made dairy products, which have certain advantages in the home market, continue to be prosperous.

It is expected that the average dairy product demand of Vietnamese will increase to 28 liters per annum by 2020.