Selling nearly all of its shares to its Japanese partner, MTV Global Fashion, which owns the Vascara brand, has been added to the list of local companies bought by foreign firms.

In another case, in 2018, after 10 years of developing Hnoss, a fashion brand for young office workers, Co Hue Anh, the founder of the brand, decided to join Seedcom, a group of new retail companies which own Con Cung, Juno, The Coffee House, King Food and Eva de Eva chains. 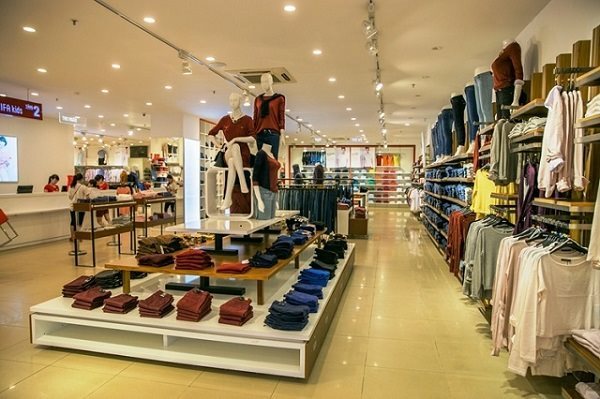 “Mid-end fashion brands, with tens of shops, will die if not sold. That is the reason why Hnoss receives investment to develop,” Anh said.

Mid-end brands are facing difficulties. One of the biggest problems is finding space amid rising rent, which has increased 2-3 times over the last 2-3 years because of the boom of convenience stores and bank branches.

The rent of a street-front building with an area of 100-120 square meters on Nguyen Trai street, district 5 is about VND100 million a month.

Meanwhile, online sale cost has also been increasing as retailers rush to run ads on Facebook. In the past, retailers only spent tens of dong to access a client, but now have to spend VND500, or VND2,000-3,000 in peak times.

An analyst estimated that the total cost for online accounts for 35-40 percent of total value of orders. This means that if companies sell one dress at VND500,000, they have to pay VND200,000 on ads, marketing and delivery.

Though the operation costs are high, fashion companies cannot raise the selling prices because they have to compete with many other brands. Consumer shopping behaviors have changed and their loyalty is low.

Le Viet Thanh, CEO of K&K, a fashion brand for office workers over 30, commented that customers now don’t need products with high durability, but focus on design, style and colors, and buy trendy products. They tend to be influenced by ads, especially on social networks.

According to Thanh, fashion brands have to spend big money on marketing and ads. Four or five years ago, Thanh spent 1 percent of revenue on ads, but the figure has risen to 7-8 percent.

Before buying Vascara, Stripe International from Japan also acquired the controlling stake at NEM, the owner of NEM brand, in 2017.

In late 2018, Elise Fashion, the fashion brand for office workers established in 2011, also received investment from the Japanese partner.

Meanwhile, Vietnamese once-famous brands such as Ninomaxx, N&M, Blue Exchange and PT 2000 have reduced their operations.

The Hanoi General Department for Market Management on Tuesday reported that it had seized more than 9,000 products of the fashion brand SEVEN.am.

Global Fashion Co. Ltd., owner of the brand Vascara, has sold most of its shares to a Japanese partner.