Vietnamese retailers a match for foreign rivals in home market

Contrary to all predictions, Vietnamese retailers are competing on an even footing with foreign counterparts in the domestic market. 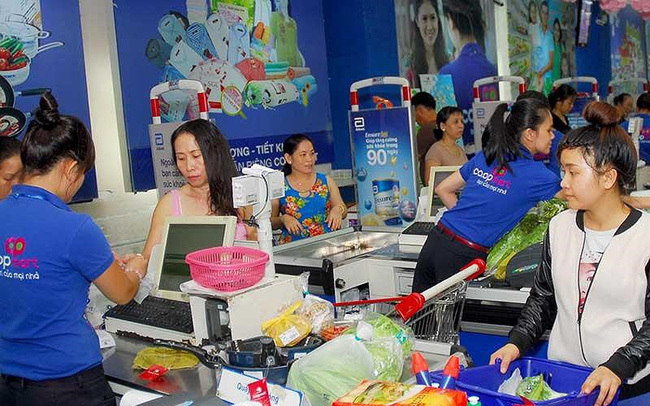 Meanwhile, South Koreans and Japanese have taken a slower approach to the Vietnamese market. They first explored the market and step by step expanded supermarket chains. It took South Korea’s Lotte, for example, one decade to develop a retail chain and it now has over 10 supermarkets. Meanwhile, Japanese Aeon has four.

Believed to have advantages over Vietnamese rivals with abundant capital and experience, many foreign retailers have had difficulties doing business in Vietnam.

Metro and Auchan left Vietnam. Big C, which was among the top 3 in the market with revenue of over VND10 trillion a year, has seen revenue decrease in the last two years. Big C An Lac’s turnover, for example, dropped by more than 50 percent from VND2.6 trillion in 2012 to VND1.3 trillion in 2017.

Auchan left Vietnam after five years of operation because of unsatisfactory business results.

Bod Hayward from KPMG said since many big players were scrambling for leading positions, and the competition is cutthroat.

Meanwhile, a branding expert noted that some foreign retail chains had to leave Vietnam because they could not find a reasonable business model and strategy.

Vietnamese retailers have not been swallowed up by big foreign retailers, but have been growing well and expanding.

Joining the market late, Bach Hoa Xanh quickly broke even in 2018 and began making profit in the first quarter of 2019. It has been expanding the network with 700 existing shops. The rapid expansion is attributed to financial support from the holding company The Gioi Di Dong, and the deep understanding about the retail industry.

Chair of The Gioi Di Dong Nguyen Duc Tai said to compete with other suparmarkets, Bac Hoa Xanh is scrambling for customers at traditional markets by selling clean food with clear origin. The chain plans to have revenue of VND10 trillion by this year end.

When retailers are involved in M&A deals

The retailer community last week was stirred up by the news that a Vietnamese enterprise had acquired a famous foreign retail brand just after one month of negotiations.

Rice, one of the seven goods categories foreign retailers are not allowed to distribute without permission in Vietnam, is still on the shelves of Lotte Mart and MM Mega Market.