The Vietnamese retail market has been busy with an M&A deal in which VinMart is taking over Queenland Mart. 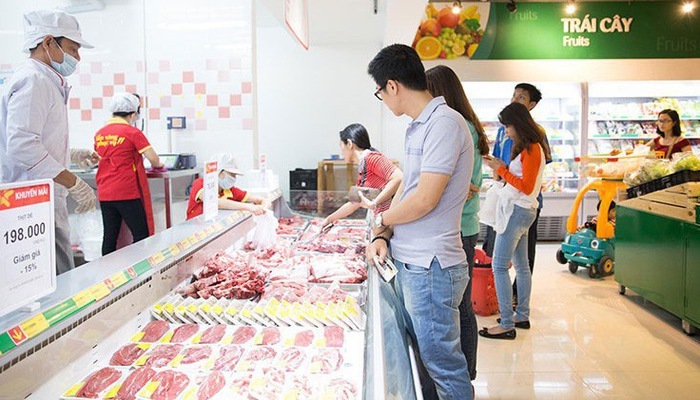 Eight Queenland Mart will change identification after the deal wraps up. Of these, seven supermarkets will become VinMart and one VinMart+.

This is the first takeover deal by VinMart in HCMC market where the number of the supermarkets and convenience stores in the city was raised to 52.

VinMart, a subsidiary of Vingroup, has made a series of M&A deals recently. Prior to that, it took over Fivimart and Shop & Go with 87 shops.

Saigon Co-op, another big Vietnamese retailer, also moves ahead with its strategy to enlarge its network.

Most recently, in June 2019, the retailer acquired Auchan Retail after the French group announced the departure from Vietnam. With the deal, Saigon Co-op has taken over 15 supermarkets and more than 200 workers.

However, analysts commented that if considering coverage, Saigon Co-op is still no match to VinMart, which now owns 2,100 VinMart supermarkets and VinMart+ convenience stores.

Several years ago, economists showed concern that Vietnamese retail chains would be swallowed by foreign players who have bigger capital and more experience. However, contrary to all predictions, it is foreign retailers, which have had to leave the market.

Metro, Auchan, Casino Group and Parkson all have left Vietnam after many years of taking losses. Meanwhile, 7-Eleven, a giant, still cannot easily implement its plan to expand quickly in Vietnam.

When opening the first shop in Vietnam, the retailer affirmed that it would have 100 convenience stores by 2020. It also stated that 7-Eleven would be present throughout the country with 1,000 shops by 2027.

However, to date, 7-Eleven has only 21 sale points, implementing 20 percent of the plan to have 100 shops in the first three years of operation.

GS25 from South Korea six months ago stated that it would open 2,500 convenience stores after 10 years of presence in Vietnam. After two months, the chain now only has 32 shops.

Vu Vinh Phu, a respected trade expert, commented that the strong rise of VinMart and Saigon Co-op has inspired other Vietnamese retailers.

However, he warned that the 2019-2020 period would witness more competition between Vietnamese and foreign retailers, and between modern and traditional retail channels.

An analyst, agreeing with Phu, said that VinMart and Saigon Co-op are powerful, but it is still too early to say Vietnamese retailers control the domestic retail market.

Vietnamese retail companies are in pole position to seize the lion’s share of the market, especially after some foreign businesses have left the country.

Some foreign retail groups have left Vietnam recently. Is this because the retail market is no longer attractive?