The shift was expected to take place, sooner or later. However, this decision was a surprise to many analysts. 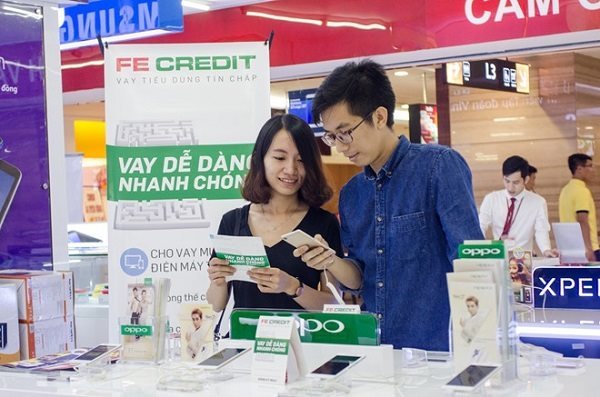 The purpose of the equitization of FE Credit could be either paving the way for the sale of capital to strategic partners, or listing shares on the bourse.

However, under Decree 58, if FE Credit could become a joint stock company this year, it will only be able to list shares on the Hanoi bourse by 2025 and on the HCM City bourse by 2022 at the soonest.

The finance company has received State Bank of Vietnam approval to increase the chartered capital by VND5 billion, from VND7.328 trillion to VND7.333 trillion, which means that the VP Bank’s ownership in FE Credit would be lower than 100 percent.

Therefore, analysts believe that the real purpose of the move is to sell capital.

In the past, VP Bank planned to sell 49 percent of FE Credit’s shares to foreign investors. It reportedly negotiated with Japanese partners in late 2016 about the sale.

However, VP Bank changed its plan in the last minute to retain FE Credit. If VP Bank still has FE Credit, it is more attractive in the eyes of investors. Meanwhile, VP Bank, at that time, was preparing for the IPO and listing, slated for August 2017.

And now, as FE Credit’s mission has been completed and VP Bank successfully made its IPO, it is now the time to re-activate the sale of FE Credit’s capital.

The attractiveness of FE Credit is still strong. Its outstanding loans by the end of 2019 had reached VND60.594 trillion, up by 14 percent compared with 2018, while its lending market share increased from 53 percent to 55 percent. It haf pre-tax profit of VND4.5 trillion in 2019, ranked 32nd among the 500 most profitable enterprises in the year.

Analysts said the consumer lending of consumer finance companies in general and FE Credit in particular would face challenges in the time to come as the bad debts may return in the context of the economic slowdown and Covid-19.

Competition is heating up in Vietnam's consumer lending market as existing foreign financial organizations rush to expand as new entrants join the market.

The lack of independent credit rating firms is hindering the development of the corporate bond market.