Under the seventh national power development plan, from now to 2030, the power volume to be created must satisfy the demand for socio-economic development of the country with average GDP growth rate of 7 percent per annum. 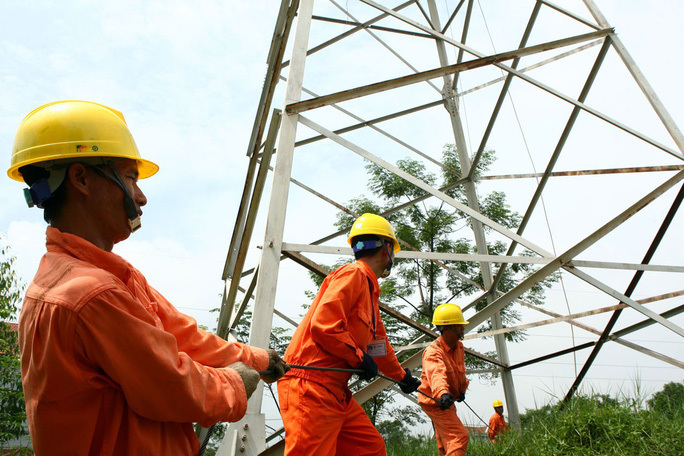 The high growth rate puts pressure on the energy sector in the context of slow implementation of many power projects. Large- and medium-scale hydropower sources have been fully exploited. Oil and gas reserves will decrease, but renewable energy is costly.

In such conditions, experts say, using energy in an effective way and practicing thrift will be the top priority.

The noteworthy thing was that the energy intensity of much energy consuming industries decreased in the period. The decrease was 8.09 percent in steel manufacturing, 6.33 percent in cement production and 7.32 percent in spinning.

Trinh Quoc Vu, deputy director of the Energy Saving and Sustainable Development, stressed that it is necessary to mobilize all resources to accelerate the saving and effective use of energy through technical support, science & technology research, product and human resources development in this field.

In order to help enterprises become familiar with energy saving, MOIT will give technical support in energy auditing and training.

Regarding energy saving, Tran Dinh Thien, a respected economist, emphasized that it is necessary to be selective when licensing FDI projects.

He said the US-China trade war has prompted foreign investors to relocate their production bases in Vietnam. Foreign investors may bring backward technologies to Vietnam which would pollute the environment and consume much power, thus putting pressure on Vietnam’s electricity supply.

Nguyen Quan, former Minister of Science and Technology, said as traditional energy sources are being depleted, Vietnam should think of nuclear power. In 2016, the National Assembly postponed the nuclear power project in Ninh Thuan province. However, Quan thinks Vietnam needs to resume the development.

Quan suggested that Vietnam can invite foreign firms to help build nuclear power plant, but the plant must be operated by Vietnamese. Turn-key mode won’t be applied in Vietnam because this is dangerous for energy security and national security, because in the digital era, individuals and institutions can regulate nuclear power plants from a distance of thousands of kilometers.