Which industries will prosper in 2020?

The experts attending the Vietnam Investment Professionals Forum (VIPF) all predicted that the picture of the Vietnamese stock market would be bright in 2020 with the VN Index likely to exceed 1,200 points.

BIDV Securities commented that macroeconomic indicators, including GDP growth rate, investment and consumption level, are all good, and that Vietnam could control inflation. 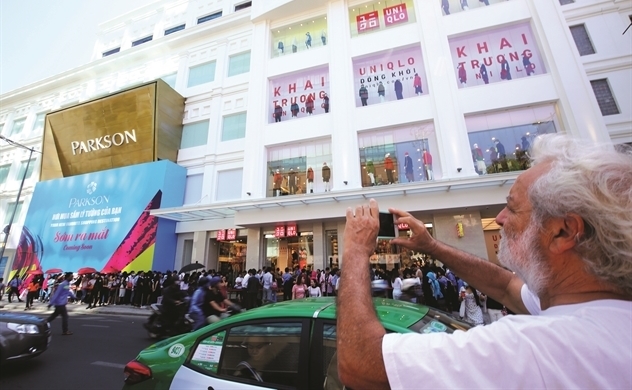 In such conditions, credit in 2020 may grow by 13-14 percent. The interbank interest rate and government bond interest rate would continue to stay at low levels. Meanwhile, the liquidity would be strong and the dong/dollar exchange rate stable.

In the first nine months of 2019, the bad debt ratio of commercial banks was 1.6 percent.

According to the General Statistics Office (GSO), the total retail sales of goods and revenue from consumer services continued to rise in the first 11 months of 2019 by 12 percent over the same period of 2018. BIDV Securities believes that the retail industry will maintain the 20 percent growth rate in the next year.

As for education, FDI in the sector in August-October 2019 was $97 million, according to Savills Vietnam. M&A deals accounted for 37 percent of total FDI capital in that period.

The number of foreign travelers to Vietnam in the first 11 months of 2019 hit 16.3 million, an increase of 15.4 percent over the same period of 2018, and 77 percent was from Asia (Thailand, China, Indonesia and South Korea).

In 2020, according to Vietnam Report, the tourism industry may reach a growth rate of over 10 percent.

The sector has been witnessing continuous high growth rate of 14-16 percent in recent years, and is estimated to have the value of $40-42 billion, according to the Vietnam Logistics Association.

With the growth rate of 12 percent in 2020 predicted by the World Bank, and the import/export turnover of $623 billion, logistics would continue to be the destination for investors.

In the first nine months of 2019, the construction sector saw investment capital increasing by 25 percent compared with 2018. Coteccons (CTD), Hoa Binh (HBC), Fecon (FCN), Licogi and others reported a higher proportion of construction services of their total revenue.

The low growth rate of agriculture and supporting goods was attributed to El Nino, drought and low demand.

However, SSI believes that one year of drought will be followed for years with better weather conditions. This will help pesticide and fertilizer companies and distributors to thrive in 2020.

Vietnam has been tapped by Japanese firms as the most promising place in Asia to invest in 2020, with India and Southeast Asian countries dominating other top spots, Kyodo News cited a survey as showing on January 8.