There is still no information about the investment scale, but SCIC’s managers revealed that the value could be up to trillions of dong. 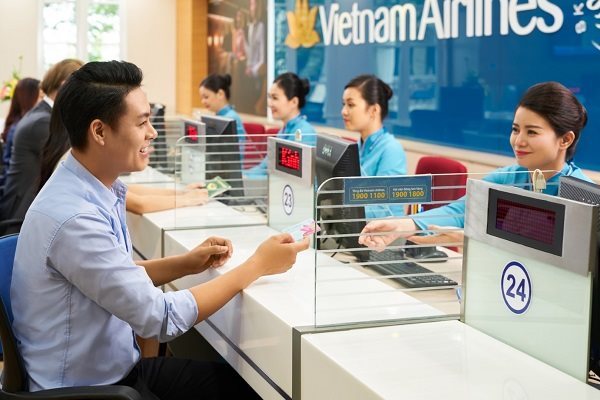 The proposal was made after Vietnam Airlines said it wanted to borrow VND12 trillion at the interest rate of zero percent for three years.

Both proposals have raised concerns.

Nguyen Thien Tong from the HCM City University of Science and Technology thinks the proposal is unreasonable.

SCIC is the representative of the state, a shareholder of enterprises. In other words, the powerful corporation uses and manages the state’s money in enterprises.

For what purposes does SCIC want to invest in Vietnam Airlines, an equitized enterprise, where the state holds 86 percent of shares?

Does SCIC want to pour more money into Vietnam Airlines and increase the charter capital of the nation’s flag air carrier to get higher profits?

“Vietnam Airlines remains a state-owned enterprise where the state is holding the controlling stake. SCIC’s investment in Vietnam Airlines is not necessary,” Tong said, adding that as a joint stock company, Vietnam Airlines should seek capital from different sources in the society.

Tong went on to say that the revenue of the State budget is less than expenditures in the context of the epidemic. Therefore, it would be unreasonable and unnecessary for the State to spend money on Vietnam Airlines.

Tong pointed out that the impact of Covid-19 on Vietnam Airlines is not too serious. It is still a state-owned enterprise and will soon recover when the epidemic ends. He called on the government and SCIC to be cautious when considering pouring capital into Vietnam Airlines.

Meanwhile, Dinh The Hien, a respected economist, believes that SCIC’s capital contribution to Vietnam Airlines would help ease worry about capital shortage. Besides, it would also help lift the worry that Vietnam Airlines may be swallowed up by foreign investors.

Hien can see no risk in the deal, in which a state financial partner contributes capital to an equitized company for mutual development.

However, Hien said it is necessary to clarify the targets of the investment deal. The investment must aim to improve the efficiency of capital use, not help ease the capital thirst of Vietnam Airlines.

He stressed that there is always high demand for traveling by air and Covid-19 is not the factor which will lead to the decline of the aviation industry in the long term. Therefore, SCIC’s investment in Vietnam Airlines has potential.

The losses reported by Quang Ninh Thermal Power JSC will make it harder for State Capital Investment Corporation (SCIC)  to divest the company this year.