In an effort to stabilize the forex market, the State Bank of Vietnam (SBV) has adjusted the official dong/dollar exchange rate and sold dollars. 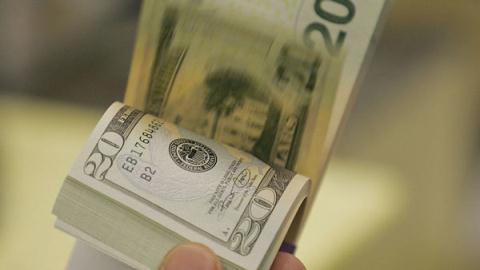 According to Nguyen Tri Hieu, a respected finance expert, in the medium and long term, the demand for dollar will increase. In the context of Covid-19, international investors are withdrawing capital from the stock market, and buying dollars to transfer to their home countries.

“As the world vannot control the epidemic, not only Vietnamese enterprises but the whole world wants the dollar,” he said. “That is why investors are leaving the global stock market and selling gold to get money to buy dollars."

Hieu believes that SBV should not interfere in the exchange rate, because Vietnam’s forex reserves are only $80 billion and an intervention may cause risks in liquidity.

“In principle, forex reserves need to be high enough for 3 months of imports. If we use too many dollars at this moment, the reserves will decrease, posing risks for the nation’s dollar liquidity,” Hieu said.

“I think SBV should not intervee by selling dollars from the forex reserves. It would be better to let the market determine the exchange rate,” he said.

There are many measures that the government can take to ease the pressure on the exchange rate, including the adjustment of the official exchange rate, and the application of financial and security measures to prevent smuggled goods.

In principle, the market performance needs to observe the market rules. If the demand is high and the supply cannot satisfy the demand, it is necessary to adjust the exchange rate.

Experts all have noted that foreign investors are withdrawing capital from the market, but have different opinions about the effects of the move on the dollar price.

Vietnam attracted $6.47 billion worth of FDI in the first two months of this year, according to the Foreign Investment Agency, a strong year-on-year decline of 24 percent.