Making a suggestion to the Ministry of Finance’s plan to increase sources of revenue, the HCMC People’s Committee proposed levying a luxury tax on mobile phones, cosmetics and perfume. 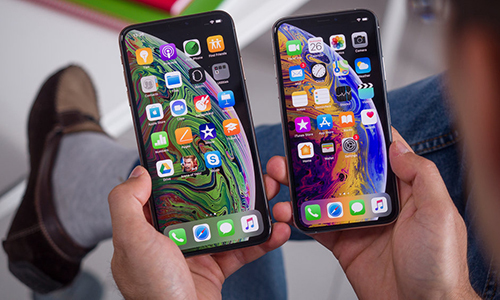 “If the idea comes true, Vietnam will become the first country in the world to impose a luxury tax on mobile phones,” one commenter said on an Internet forum.

Nguyen Thanh Binh from the Ministry of Planning and Investment’s (MPI) Institute for Policies and Development also said the idea needs thorough consideration, saying that this taxation is not applied in developed or developing countries, or countries in Southeast Asia.

As for cosmetics, Tuan said, luxury taxes are applied in some countries, including Thailand and Indonesia, while most developed countries don’t tax products.

SCT, by nature, is a kind of tax levied on luxury products, the consumption of which is not encouraged. “It’s necessary determine if mobile phone is essential or luxury goods and if it has negative impact on the environment and people’s health,” Binh said, arguing that mobile phones must not be considered ‘luxurious’.

The HCMC People’s Committee admitted that mobile phones are not a ‘luxury’, but said it is ‘not very essential’, so it would be better to impose luxury tax in order to direct production and consumption trends.

In reply, Binh said in order to regulate people’s income, it is necessary to use the personal income tax (PIT), not luxury tax.

Nguyen Duc Nghia from the HCM City Tax Agent Club warned that the tax won’t help harmonize incomes in the society, but will affect all people.

In a growing economy, it is necessary to exclude more products subject to luxury tax, because some products were considered ‘luxurious’ in the past, but not five or 10 years later.

“Thirty years ago, a mobile phone was considered a luxury product, but it still did not bear luxury tax. So, it will be unreasonable to impose the tax now, when the product is now commonly used,” said lawyer Truong Thanh Duc from Basico Law Firm.