Zara’s revenue reached VND1.7 trillion in 2018, six times higher than 2016 thanks to the Vietnamese people’s preference for fast fashion styles.

Introducing herself as a fan of foreign fashion brands, Kim Ngan in Go Vap district, HCM City, said she goes ‘hunting’ for Zara and H&M products regularly when she has free time. 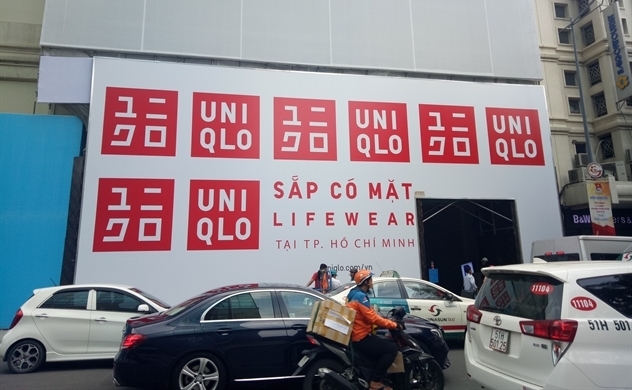 “The products are not as expensive as people think, priced at between VND300,000 and VND900,000. Foreign brands often run sale promotion programs, so you can buy good products at reasonable prices,” she said.

Ngan is excited that Uniqlo will follow the steps of Zara and H&M to enter Vietnam, because she will have more choices for clothes.

“Previously, I had to order foreign products on foreign websites or through some retail channels. As I could not try on clothes, I sometimes felt unsatisfied about the items I bought. But things are different now: foreign brands are now present in Vietnam,” she said.

Having been present in Vietnam for three years, Zara and H&M proved their attractiveness to Vietnamese consumers: the revenue of the two brands is far higher than that of domestic ones, such as Blue Exchange, Ivy Moda and Kowil.

Zara’s finance report showed that with just two shops in Hanoi and HCM City, the revenue of the brand in 2018 hit VND1.7 trillion, which was even higher than high-end fashion chains such as Tam Son Fashion and Mai Son International Retail.

Meanwhile, with the opening of four new shops, H&M raised revenue to over VND653 billion in the 2018 fiscal year, a 4.3 times increase compared with 2017.

With seven shops in HCM City and Hanoi, H&M Vietnam has the highest expansion speed in the H&M global system. Fredrik Famm from H&M told the press that being a young and developing market, Vietnam has made a significant contribution to H&M’s growth in Southeast Asia.

Topshop and Gap, which filed for bankruptcy protection in the US, still maintains business in Vietnam.

Topshop and Topman are being run by Maison Retail Management International, the ‘common home’ of more than 20 famous brands in the world, including Charles & Keith, Coach, Karen Millen and Puma.

Uniqlo will have to compete with 10 international fast-fashion brands and tens of domestic names in Vietnam.

As the fast-fashion trend has been spiralling down in the global market, H&M still accelerates its presence in Southeast Asia, especially Vietnam.

The Vietnamese fashion market has been busy in recent years with the presence of big players in the industry.