The average loss for each container of shipments to the EU due to the EC’s yellow card is 10,000 euros, according to a source.

The figure was included in a Vietnamese document about the fight against Illegal, Unreported and Unregulated (IUU) fishing, just released by the Vietnam Association of Seafood Exporters and Producers (VASEP) recently. 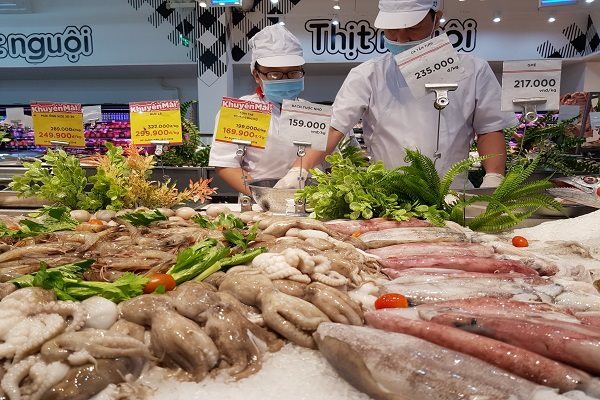 The EC issued the yellow card as a warning against Vietnam’s inadequate action to combat IUU fishing.

The document also shows that 100 percent of seafood containers exported to the EU will be retained for examining the origin of products until the yellow card is lifted. This means that the transport time will be longer, which may last three or four weeks for each container (24 tons).

Meanwhile, the checking of product origin may cost up to 500 pounds per container, excluding the storage fee at port and possible consequences because of late deliveries.

However, the highest risk of the policy is the high proportion of containers to be refused, which would cause heavy economic losses, according to the document.

The document shows that the loss could be up to 10,000 euros per container.

However, when asked about the figure, Nguyen Hoai Nam, deputy secretary general of VASEP, said the estimated figure was given with reference to the Filipino enterprises.

“VASEP will check and re-calculate the average loss,” Nam said.

With the yellow card, the EU has fallen from the second position among the biggest seafood importers for Vietnam to the fifth position, just accounting for 13 percent instead of 18 percent as previously seen.

In 2012, the EC’s Directorate-General for Maritime Affairs and Fisheries (DG-MARE) worked with the Vietnam General Department of Fisheries, examining and making recommendations for Vietnam to develop sustainable fishing and control IUU effectively.

In May 2017, (DG-MARE) continued asking Vietnam to implement five groups of recommendations.

In October 2017, EC officially issued a yellow card after concluding that Vietnam’s efforts were not enough to satisfy the requirements on IUU.

After a lot of effort, Vietnam hopes the EC will lift the card.

The European Commission’s (EC) inspection delegation has acknowledged recent improvements made by Vietnam in the fight against illegal, unreported and unregulated fishing (IUU).

How will seafood companies fare this year?

Analysts believe that Vietnam’s seafood industry will face difficulties until the end of June.