The launch of the Vietnam Book Day has contributed greatly to restoring and developing the reading culture.

Deputy Prime Minister Vu Duc Dam made this remark at a national conference on April 18 reviewing the impacts of the Book Day since it was first observed five years ago.

April 21 every year is designated the Vietnam Book Day under a Prime Minister decision in 2014.

Deputy PM Dam hailed publishing houses, organisations and individuals who have made great efforts to publish books and send books to remote areas.

He urged the Ministry of Culture, Sport and Tourism to continue to implement its project on developing the reading culture. He stressed the importance of international exchange and cooperation in order to introduce Vietnamese publications to foreign readers and vice versa.

In the next five years, the number of book titles published is projected to rise by 50 percent and book copies by 100 percent./. VNA 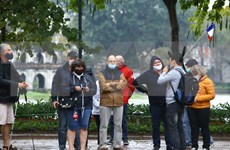 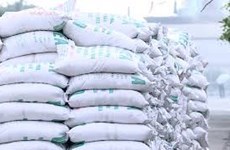