A royal rite to welcome the peace and prosperity of spring

The "Tien Xuan Nguu" ritual (The ceremony of offering an earthen buffalo in Spring) was the only worship rite which was held during the Le Trung Hung dynasty with the meaning of "expelling the winter cold" and “wishing for a year of both good weather and harvests.” According to cultural experts, "Tien Xuan Nguu" has always had great cultural value and was usually performed in front of the Kinh Thien Palace.

During the Le Trung Hung period, the “Tien Xuan Nguu” ritual was a great ceremony, meticulously prepared and celebrated by the court. 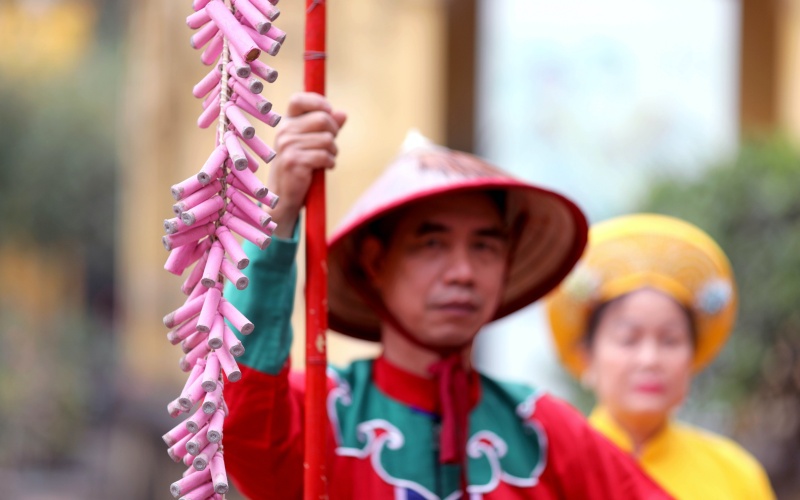 People and soldiers on both sides of the road set off firecrackers to greet the mandarins who perform the ritual. 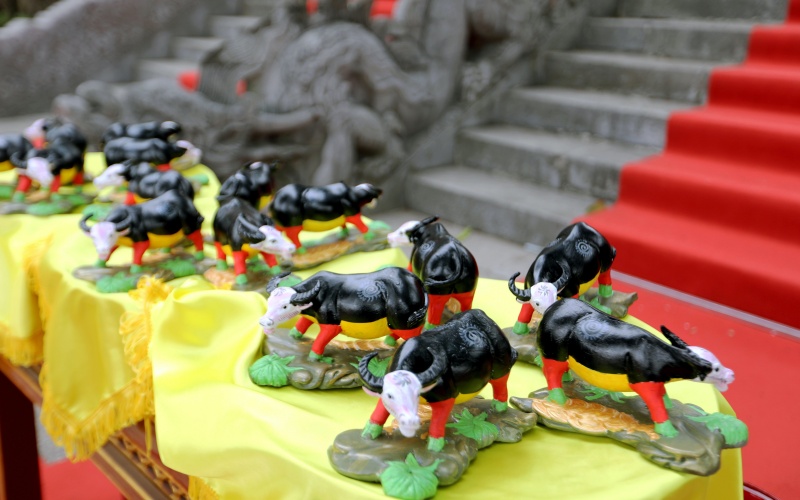 1215 calves were placed on red wooden trays and covered with yellow silk cloths. 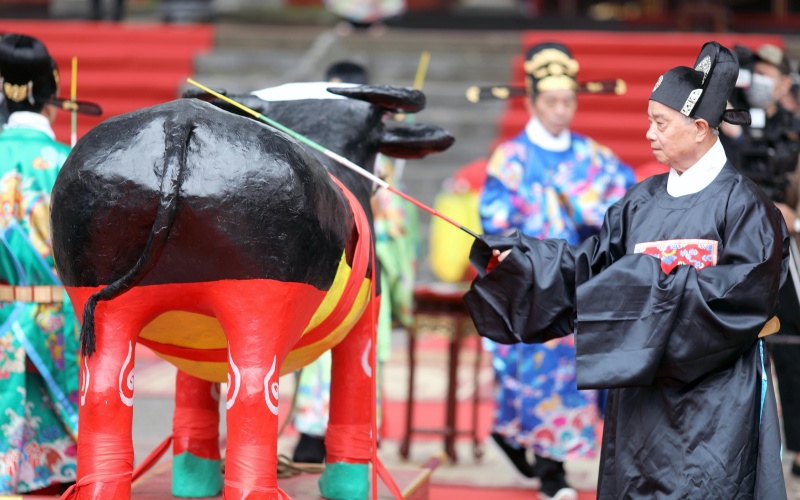 Buffalo represents the month of December, and so is associated with the last month of winter of the old year. The act of using a strawberry whip to hit the buffalo's hind conveys the meaning of "expelling the old and the cold of winter, and welcoming the New Year and warm spring”. 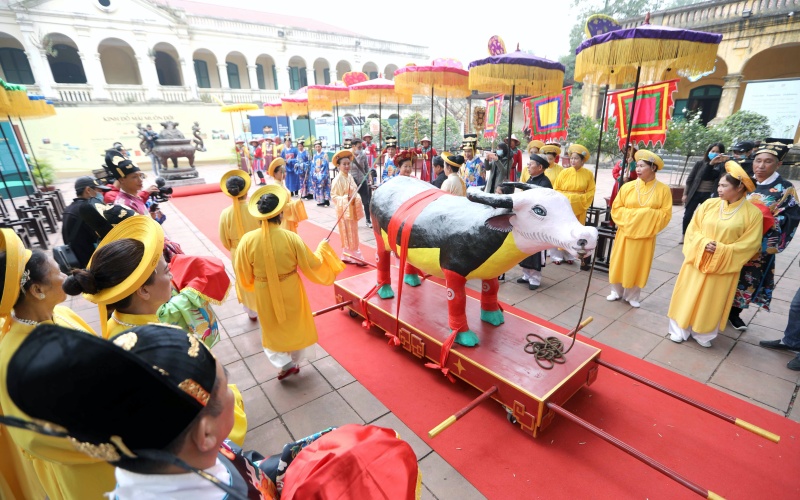 Everyone participates in the ritual. 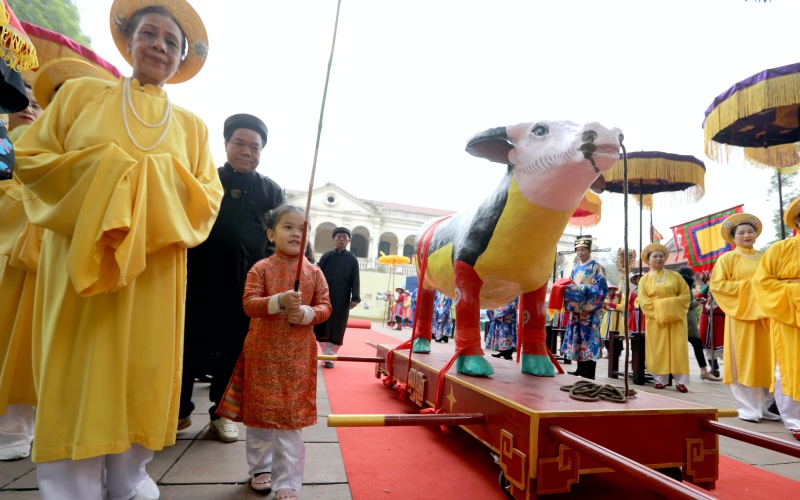 A child excited to see the ritual

The ritual was studied intensively, contributing to preserving the traditional cultural features of the nation, and the royal rites performed in the Thang Long Citadel.

Wedding rituals of the Bo Y

Among eight recently recognized intangible cultural heritages by the Ministry of Culture, Sports and Tourism, two are from Hanoi.

Before being handed over to the Museum of Vietnamese History, four of the Nguyen emperors’ crowns have been fully restored to their original state by the hands of gifted craftsman Vu Kim Loc.

You would be hard-pressed to find an adolescent schoolboy anywhere in the world who doesn’t love fast cars.

A photo by Vietnamese photographer Ninh Manh Thang has won a gold medal in the child category of the Three Country Grand Circuit 2020 international photo contest.

Female assistant referees may for the first time officiate matches of the LS V.League 2, the second tier professional association football league in Vietnam, if they overcome a mandatory physical test scheduled for March 16.

Leading Vietnamese footballer Nguyen Quang Hai has been put forward to compete in the category for the best central midfielders in the AFC Cup’s All-time XI, as nominated by the Asian Football Confederation (AFC).

The People’s Committee of Hanoi is accelerating the unification of the management of Thang Long Imperial Citadel, one of Vietnam’s eight commitments to UNESCO. 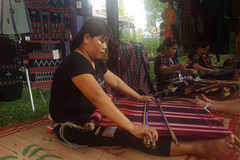