The monthly salary for Park Hang Seo, coach of the Vietnamese men’s national football squad, has been maintained despite difficulties for the football area caused by the Covid-19 pandemic.

Many football clubs internationally have reduced their wages. 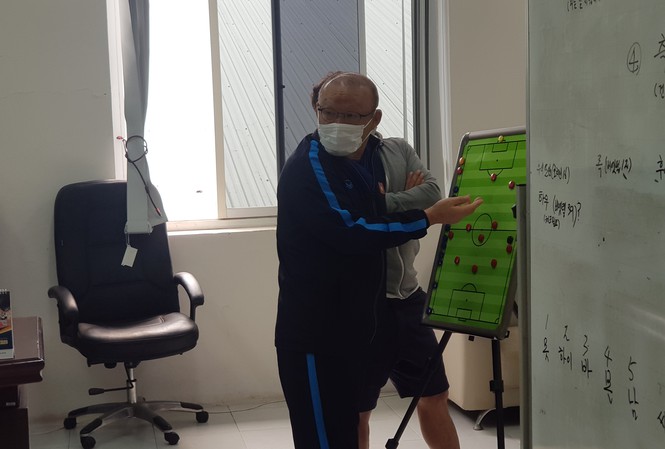 In Vietnam, some clubs, including Nam Dinh Province and HCM City, have also decided to cut part of their player wages.

In Southeast Asia, Akira Nishino, coach of Thailand’s national team, had to accept a salary cut of 50%.

After returning Vietnam on February 23 from his hometown in South Korea where has been also ravaged, Park restricted contact with other people for 14 days.

According to VFF, Park has still received the full salary of around USD50,000 per month.

Now, every morning, Park works with the Vietnam Football Federation (VFF) and this schedule can last until June when V-League can be resumed if the Covid-19 situation is better.

Vice-chairman of the VFF said that the salary for Park Hang Seo is from private sources and other foreign experts, not the state budget.

V.League 1 clubs to field least number of players since 2015

Two V.League 1 teams have been named among the club sides who have fielded the least amount of players since January 2015, as announced by the International Centre for Sports Studies Football Observatory (CIES).

Locked out of their grounds due to the coronavirus, V.League 1 players have been turning their homes into training centres, waiting for the pandemic to be over.