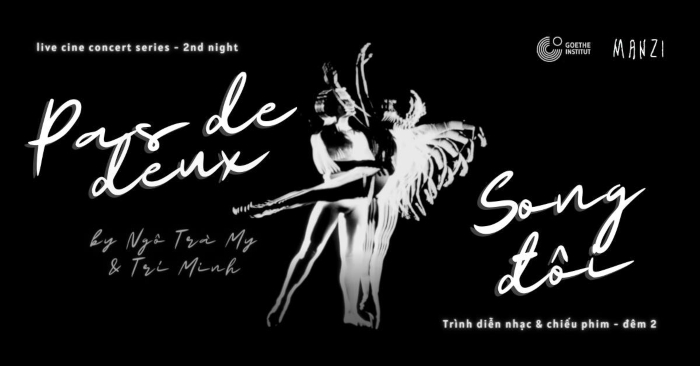 Manzi and the Goethe Institut are pleased to present “Pas de deux” – a not to be missed cine-concert by artists Trí Minh and Ngô Trà My.

Please register by emailing us at manzihanoi@gmail.com before 28 Oct 2020.

PLEASE NOTE THAT: ALL THE MONEY COLLECTED FROM THE EVENT WILL BE DONATED TO FLOOD VICTIMS IN CENTRAL VIETNAM.

Set as a duo concert (Piano and Monochord) in combination with a series of black and white footage from 1960s, “Pas de deux” will take audience to a beautiful world of movement and light and sound, telling stories about dreams, nostalgia and hope

This site-specific event is part of Manzi’s cine-concert series in 2020 which combines silent film screenings with live music performance.

Hanoi-No Rain Without Clouds: Preserving Vietnamese Art for the Future

No Rain Without Clouds brings together a multitude of perspectives and stories around memory and identity, in doing so contemplating the role of art collections in the preservation and promotion of Vietnam’s arts and culture, as well as the dynamics between traditions and urban life.

With a name that brings to mind the infinite cycles of nature and the transformations necessarily following periods of hardships and challenges, the exhibition responds to the context of 2020 through experiments with platforms and audience’s experience, materialising simultaneously as both a virtual showing (via the Kunstmatrix platform) and a physical exhibition at Vietnam’s Women Museum (Hanoi).

No Rain Without Clouds presents an array of paintings, sculptures and video works curated from the prestigious RMIT Collection of Contemporary Vietnamese Art.

The event is a part of Vietnam Festival of Creativity & Design 2020, organised by RMIT University Vietnam in collaboration with United Nations Educational, Scientific and Cultural Organization (UNESCO), Vietnam National Institute of Culture and Arts Studies (VICAS) and COLAB Vietnam and other partners in the creative industries, with Hanoi Grapevine as media partner. 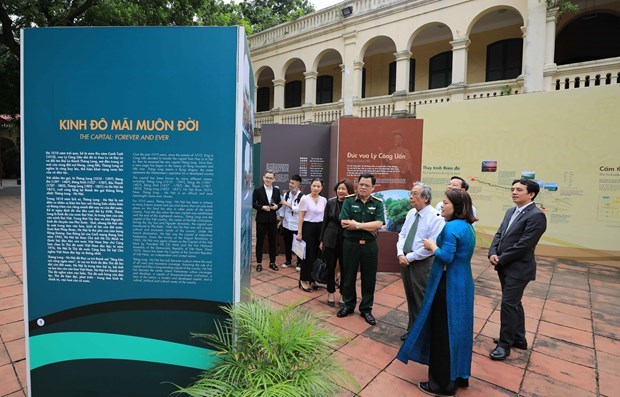 Until the end of October

An exhibition themed ‘Kinh Do Muon Doi’ (The eternal capital) is underway at the Thang Long Royal Citadel in Hanoi as part of activities to celebrate 1010th anniversary of Thang Long – Hanoi and the 66th anniversary of the city's Liberation Day (October 10, 1954-2020). 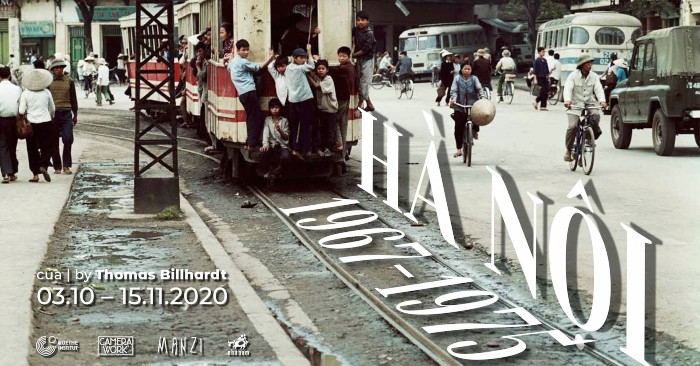 The Goethe Institut, Camera Work, Nhã Nam Publisher and Manzi Art Space are pleased to present an extraordinary photo exhibition featuring Hanoi in the period of 1967 to 1975 by world-renowned German photographer Thomas Billhardt.

Consisting of 130 black & white and colour photos taken during Thomas Billhardt’s trips to Vietnam, the exhibition presents viewers an honest documentary of Hanoi from 1967 to 1975, minute by quotidian minute, sincere and unadorned. 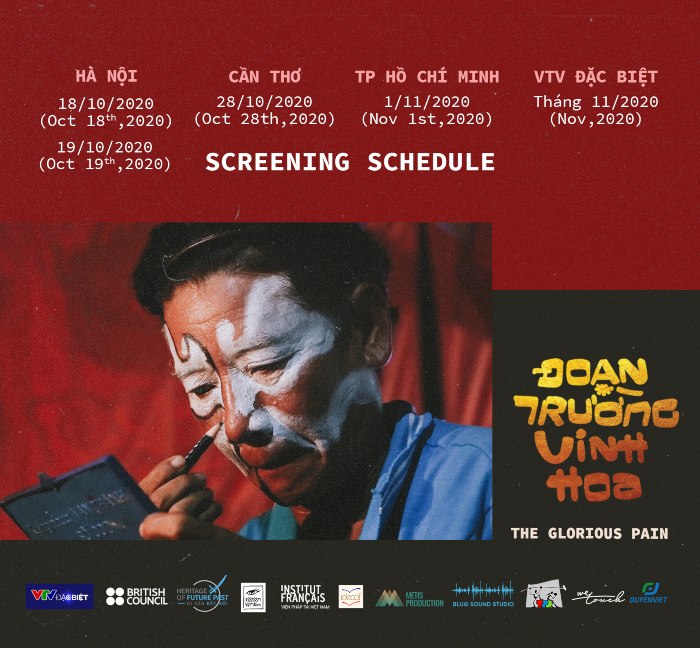 “More than 100 hours of filming, 18 months accompanying the characters on the stage of passion and also in the life puzzles to complete in 50 minutes of the film, which are bare, emotional, and respectful moments…”

The Glorious Pain is a documentary film which features the journey of a small classical Vietnamese opera (Tuồng) troup and one of the very few left, as they travel and perform through the Western Vietnam countryside. The Royal characters, behind the closed curtains are commoners and peasants who struggle to make ends meet. The troup is on the verge of disbandment because the main artists were going through a hard time. What future awaits the troup and its artists? Would it disappear in the same way as many other traditional art forms?

The Glorious Pain is produced by The Department of Entertainment Program and is part of the VTV Special Documentary Series. It took more than a year from the first day of location scouting until the film was completed.

The Glorious Pain is also among the projects featuring traditional culture of Vietnam which receive funding from the Film, Archive and Music Lab (FAMLAB). This fund is part of the Cultural Heritage for Inclusive Growth Initiative by British Council.

Colourful abstract paintings by veteran artist Tran Luu My track his feelings and experiences of life, landscapes, memories and people.