Memories of the hardest times of two destructive campaigns by the US in the north of Vietnam (1964-1972) will be presented to the public at an exhibition at Hoa Lo Prison Relic in Hanoi from Monday.

The exhibition, entitled Để Bầu Trời Mãi Xanh (For An Ever Blue Sky), aims to celebrate the 48th anniversary of Vietnam’s victory in the 'Điện Biên Phủ in the air' campaign in 1972.

For An Ever Blue Sky is divided into two parts, the first of which, Giữ Vững Biển Trời (Protecting the Sea and Sky), tells the story of the bravery and intelligence of the Vietnamese in the north during two destructive campaigns of the US. By conducting the people’s war strategy, the Vietnamese people and army were determined to defeat all destructive schemes and activities.

Stories about the spirit and courage of the Vietnamese during those brutal years have gone down in the annals of history, such as the story of teacher Bui Thi Thanh Xuan sacrificing herself to protect students from a US Air Force bombardment on Thuy Dan Secondary School in the northern province of Thai Binh on October 21, 1966; or the story of the anti-aircraft Vietnamese soldiers determined to protect the Ham Rong Bridge in the central province of Thanh Hoa, holding to the slogan “we’d rather die on the cannons than have the bridge fall down".

The second part, Nối Hai Bờ Đại Dương (Connecting the Two Sides of the Ocean), showcases the efforts of the governments and people of both US and Vietnam to heal the wounds of war.

Vietnam-US relations were repaired after the war with many historical milestones in the past 25 years. Veterans of both countries and many peace-loving organisations and individuals have made great contributions to the current relations of the two countries.

The exhibition also features documents and artefacts related to Dien Bien Phu Campaign at the end of 1972 and those associated with former prisoners of Hoa Lo Prison like the badge that President Ho Chi Minh awarded to pilot Nguyen Van Coc for shooting down US jets, a record of the interviews of foreign journalists with American pilots detained at Hoa Lo Prison in 1967 and the book entitled Darkness at Noon owned by eight US pilots.

At the opening ceremony of the exhibition, visitors will have chance to meet the Vietnamese pilots in the past who shot down the "ghosts" in the sky of northern Vietnam, the prison guards working to protect and care for the US pilots at Hilton Hanoi Hotel from 1964 to 1973 and ordinary people surviving the days when Hanoi’s land was vibrated with constant bombards.

Visitors will be equipped with audio guides, hammers an air-raid alarm made from American bombs, wearing straw hats and hiding in the A-cellar, which is open at the relic for the first time.

According to the organisation board, such exciting experiences will help the generations who have been through such brutal wartime revive their memories while the young generations can understand their predecessors' difficult life. VNS

An exhibition themed “Diary of Peace” was opened at the Hoa Lo Prison relic site in Hanoi on July 2 to mark 20 years since the capital city was honoured the City for Peace by UNESCO. 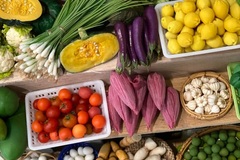