Despite its recent success, the cai luong (reformed theatre) market needs more young scriptwriters now that the number of skilled composers is decreasing.

The reformed theatre in HCM City has been flourishing due to the appearance of many private art troupes and quality performances that have attracted public attention.

But, according to Sài Gòn Giải Phóng (Liberated Sài Gòn) newspaper, the market is left with only a few experienced scriptwriters, including Duc Hien who is over 70 years old, and Dang Minh and Hoang Song Viet, who are about 60 years old, among others.

As the number of young scriptwriters with new, quality scripts is limited, many private and public art troupes have focused on developing classic plays to maintain the audience’s interest.

“Because it is my passion, I choose to write mostly for myself, following customers' requests,” scriptwriter Dang Minh said.

“Scriptwriters used to earn a good income with the reformed theatre genre, but it is more difficult these days in spite of the constant demand. I try to be more creative with each art piece, from the idea, musical structure and rhythm to the layout installation of the performance space,” he said.

Reformed theatre today needs enthusiastic, young artists that can make fresh changes each time, he said, adding that scriptwriters tend to spend a lot of time researching and creating products that are meaningful and relevant to today's society.

Audiences do not enjoy performances that are slow and long, he said. Many people prefer cinematic experiences in which the ending is unexpected. This is why many reformed theatre stages have lost audiences, Minh added.

Having certain knowledge in the reformed theatre genre is an essential criterion for a scriptwriter. A quality script must be balanced in its topic treatment and should incorporate historical elements effortlessly, while paying attention to factors that capture the audience’s entertainment needs.

This can pose a challenge to young scriptwriters who lack sufficient experience in the field.

Meritorious Artist Ca Le Hong also said the sector is badly in need of new scriptwriters. Though many student graduates in the acting and directing fields have the ability to create scripts, the HCM City University of Theatre and Cinema does not have a proper scripting class for them.

He said it is crucial for culture authorities to reserve a budget for short-term and long-term training courses for potential reformed theatre scriptwriters.

Based on personal experience and training courses at schools, scriptwriters can become familiar with the structure and essence of the art genre before they create their own.

For dynamic young individuals who would like to explore new dimensions of reformed theatre, it is challenging to produce quality work without sufficient knowledge.

To solve the shortage of scriptwriters, culture authorities should introduce professional training programmes to young people who love the art of reformed theatre.

Creative camps specialising in writing reformed dramas should be organised more frequently. But the writing content should be more diverse and relevant to today’s society.

If there are positive changes in the training of young scriptwriters, the reformed theatre industry in HCM City is expected to bloom and host more successful performances.  VNS

The cải lương (reformed opera) play Lan và Điệp (Love Story of Lan and Điệp), a production by well-known scriptwriter Tran Huu Trang, will be restaged in a new version 82 years after its premiere. 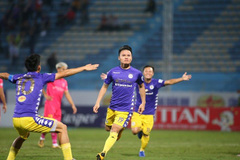