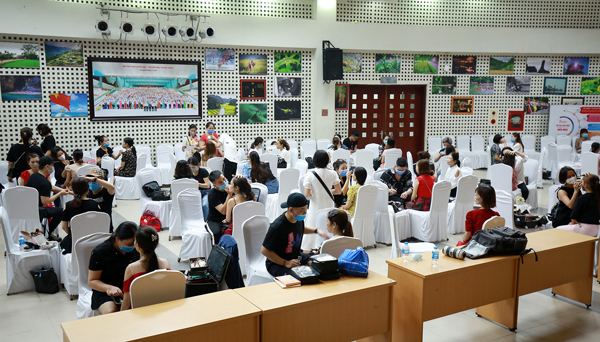 Preparing for the contest

60 thalassemia patients attended the contest on May 8. The organisers hoped that the contest will help the patients to be more positive. The contestants were given makeup and outfits at the hospital hall. For many of them, it's special to be able to change into high heels and gowns.

The oldest contestant is 66-year-old Ha Thi Quyen from Tuyen Quang Province. She goes to the hospital every two months for chelation therapy. She already has four children and eight grandchildren and luckily no one has the disease.

36-year-old Pham Thi Thoan won the contest after the evening gown competition and Q and A session. Thoan said the thalassemia patients couldn't choose their health so they have to fight hard and live well.

"I'm willing to talk to my friends about my illness to help people understand it more. My illness has badly affected my family's finance and my marriage," she said. "I hope no more children will be born with thalassemia." 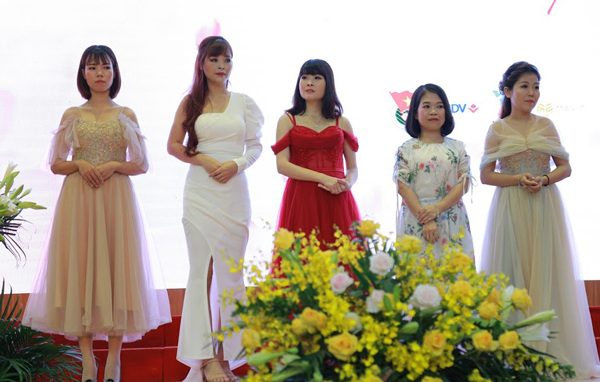 She said she was diagnosed with the illness at 11 years old when she kept being thin and pale. Twice a month, she goes to the hospital alone and tried every work she can including washing dishes, selling potato cakes or being a janitor.

She said it was really lonely and sad when seeing other patients go to the hospital with their family. But for 25 years, she has remained strong and keeps on fighting.

Over a month ago, she was hospitalised because of a broken leg. She didn't want to worry her parents so she kept secret and asked other patients for help with bathing and washing clothes. This is also when Thoan dreamed of opening a small laundry store for the patients at the hospital. In 2017, she borrowed VND30m to start the career. 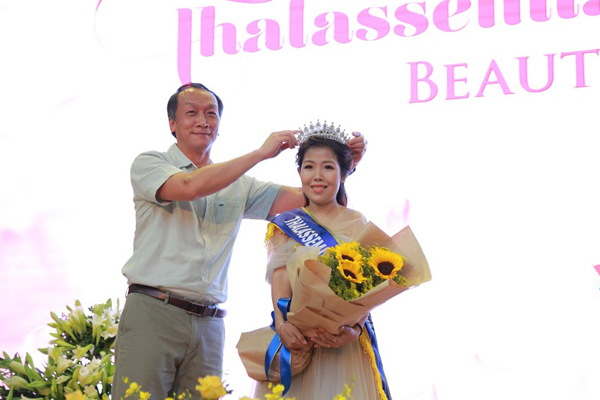 Once more people know about her store, she hired patients at the hospital for help. There were times that the 38-kilo woman carried 50kg of clothes and blankets on her own.

Thoan also called for help for other disadvantaged patients. In late 2018, she got married to Pham Phu Phat, a well-known blood donor in Hanoi. Phat has attended over 50 blood donation events.