The 2019 International Kite Surfing Festival was kicked off in the southern province of Ninh Thuan on December 7. 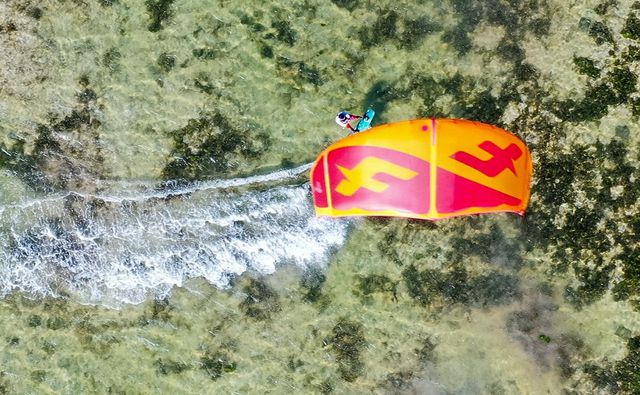 The festival, which was held at Ninh Chu Beach in Phan Rang – Thap Cham City, saw the participation of hundreds of athletes from different countries, including Russia, the Republic of Korea, Australia, the UK, Switzerland and the Netherlands. 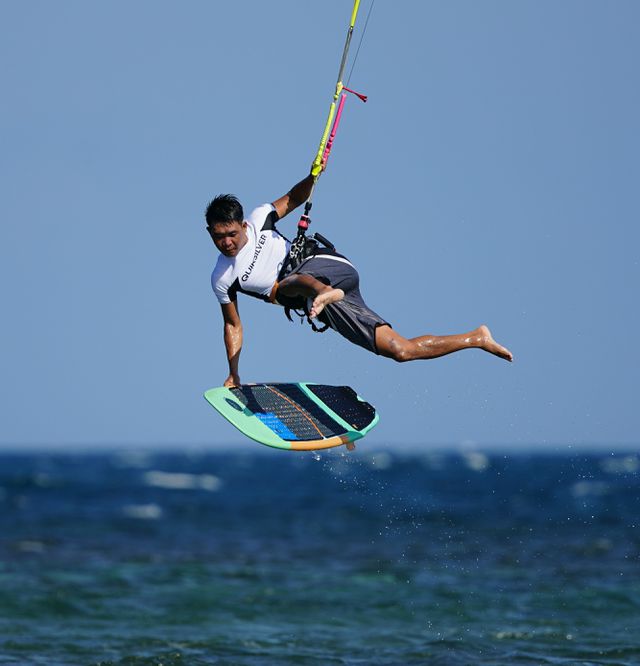 In February 2016, Ninh Thuan also hosted Asia's biggest kite surfing festival  at Ninh Chu Beach which has become a famous destination among kite-boarders around the world. The beach impressed visitors by its golden sand and blue water.

According to the organiser, Ninh Thuan has been voted as a leading kite surfing spots by The Kiteboarder. And the festival is expected to attract more visitors to the province. Dtinews

Located at the heart of a national tourism area, Ninh Chu beach in the south central province of Ninh Thuan is widely regarded as a perfect destination for travelers with a passion for marine sports including kite surfing, sailing, and motoring.

Located in the south-central province of Ninh Thuan, Dam Nai wind farm has become a popular check-in destination among young travelers, largely down to its picturesque scenery.

Though Vietnamese Emperor Ham Nghi (1871-1944) was popularly known as an anti-French emperor, who was exiled to Algeria, he was also a little-known painter that held exhibitions in Paris, France.

One of Vietnamese important traditions of the year is just around the corner, providing people a chance to send on their prayers and positive thoughts to hope for continued good times.

An initiative introduced recently by the Ministry of Culture, Sports and Tourism, to present theatre programmes online, has received a warm response from both artists and the community.

The Vietnam film industry has once again been hit hard by COVID-19 as the release and production of many films have been delayed.

Cao Ngoc Hung and Nguyen Thi Hai are one of the world’s most famous disabled athlete couples. The world-class duo will represent Vietnam at the upcoming Tokyo Paralympics, aiming to bring home medals in para athletics.

Young Vietnamese players are competing at the 2021 FIDE Online Cadets & Youth Rapid World Cup and seven of them have already advanced to the final round of the tournament.

Online cultural activities during the Buddhist Vu Lan Festival this week are being held as the number of COVID-19 cases continues to increase in HCM City.

The match between Vietnam and Saudi Arabia in the final round of the 2022 FIFA World Cup Asian qualifiers is set to start at 0am on September 3 (Vietnam time).

Locals in a suburban village in Hanoi have set up a museum to maintain the memorabilia of their village’s history.

While social distancing is crucial to prevent the spread of COVID-19, having to stay at home most of the time is not a comfortable experience.

Despite being paralysed in both legs and once suffering a terrible throat cancer, Chau Hoang Tuyet Loan has extraordinary reserves of energy. The 46-year-old powerlifter is about to go to Tokyo for her fifth consecutive Paralympics.

With a warm voice and gift for telling stories explaining local culture and customs, YouTuber Le Hoang Nam has lured 3.2 million subscribers to his Challenge Me channel, which is one of the most popular YouTube channels in Vietnam.

Someone once said "no man ever steps in the same river twice" but Pham Thi Hue has proved the exception to the rule. She has twice won an official Olympic berth but had to stay home both times and instead witnessing athletes competing on TV.

An online exhibition featuring the life and works of late General Vo Nguyen Giap will open this weekend in Hanoi to mark his 110th birthday (August 25).

Two Vietnamese film have been named among the 26 projects chosen for the Asian Project Market at this year’s Busan International Film Festival of the Republic of Korea.

The Asian Football Confederation (AFC) said the Vietnamese football team is not afraid of any rival in the final qualifying round of the 2022 World Cup in Asia.