Libraries look to the future

Vu Duong Thuy Nga, director general of the Library Department, under the Ministry of Culture, Sports and Tourism, talks about the legal obligation for libraries to share resources.

Are there any differences in the services offered between different types of libraries?

The rapid application of technology has helped more people access public information. Such a change has required libraries to adapt to the changed behaviours of library users. The traditional name “library” has been called by new names, like “electronic library”, "digital library”, “virtual library” and “online library”. Each library name reflects the service change offered by that library.

Despite the rapid development of modern technology, the traditional libraries still have a role to play.

What is the current status of electronic libraries in Vietnam?

What about the development of libraries in schools?

No doubt, it is an imperative need to have libraries in all schools ranging from primary to secondary schools. Libraries offer both teachers and students more chances to broaden their knowledge. Some primary and secondary schools have already applied high tech in their libraries to help students get the information they need.

What are the challenges the library sector in Vietnam faces in developing an e-library system?

Our library technical infrastructure remains very modest while electronic materials are still poor and not many people have shown their interest in using the e-libraries either.

The most challenging issue is that our current Law on Intellectual Property Rights does not have any specific rules governing the library field.

What about the application of the Copyright Law for e-libraries?

Many breaches of the Copyright Law have been reported. In my opinion, the best way to deter such acts is to step up mass communication on intellectual property rights, copyright and other rights. We also need to give much stronger fines on any acts of violation. Parallel with that, all libraries, including e-libraries, have to strictly follow the Law on Intellectual Property Rights and the Library Law which was adopted by the National Assembly in early 2019.

Can you talk about the plan to link all libraries nationwide which was approved by the National Assembly in early 2019?

Linking libraries nationwide has been going on in Vietnam for quite a few years. For example, libraries at the Ho Chi Minh City National University and other universities have joined to help their readers look for the books they want or to facilitate loans of books between the libraries.

Meanwhile, the Hanoi National University has collaborated with some 28 universities nationwide to form a library network to help students share books on science and technology.

Furthermore, a Vietnam Library Alliance has been created to serve as a catalyst for book sharing among all Vietnamese universities.

Under the Library Law, which was approved on November 21, all libraries – be they private or public, have to abide by that law. Major libraries have to share their resources with small libraries.VNS

Time for Vietnam to shift from traditional libraries to e-libraries

School leaders and education experts are promoting open libraries at school, saying that now is the right time to shift from traditional to e-libraries. 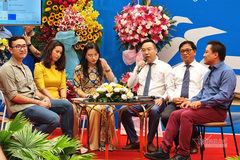 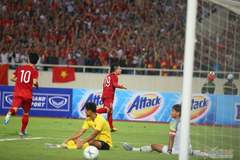 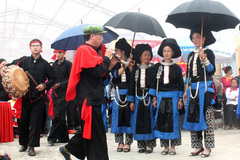