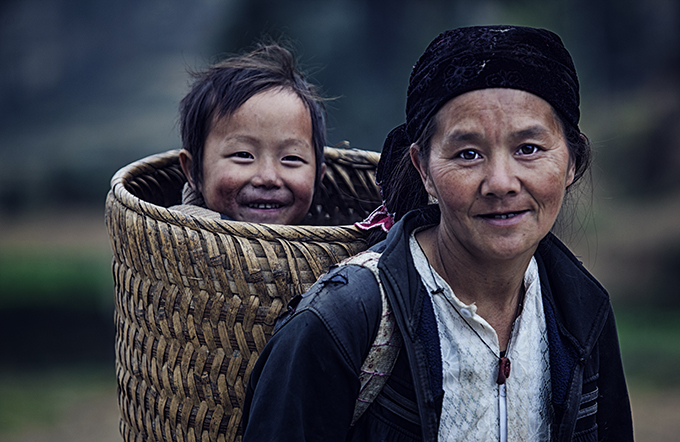 A Tay ethnic woman from Lung Phin Commune, Dong Van District, in the northern mountainous province of Ha Giang with her son in a basket on the way to the field. 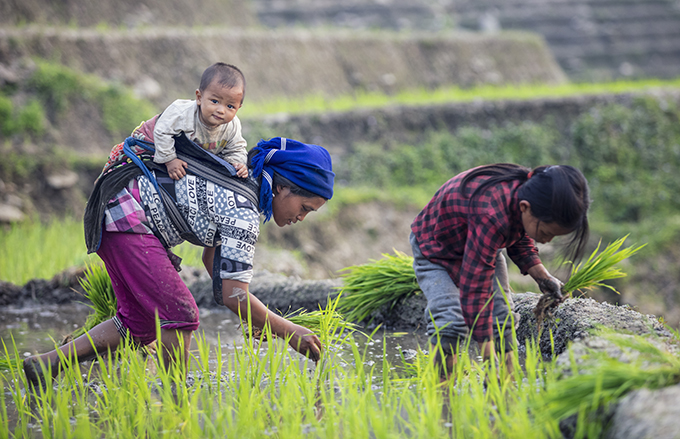 A Ha Nhi ethnic toddler playing on the back of his mother while his mother and sister working in a terraced rice field in Y Ty Commune, Bat Xat District, Lao Cai Province. 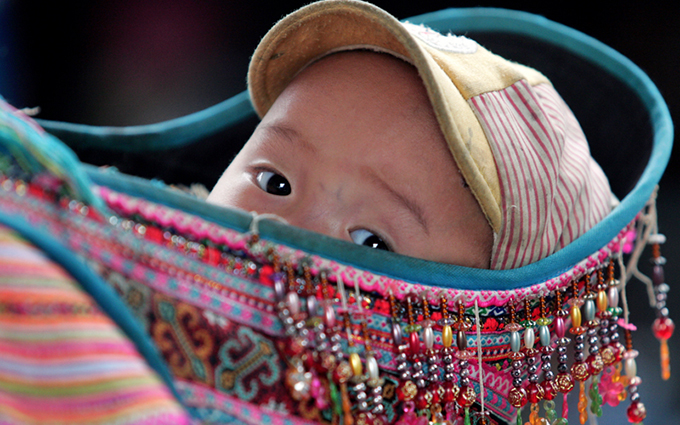 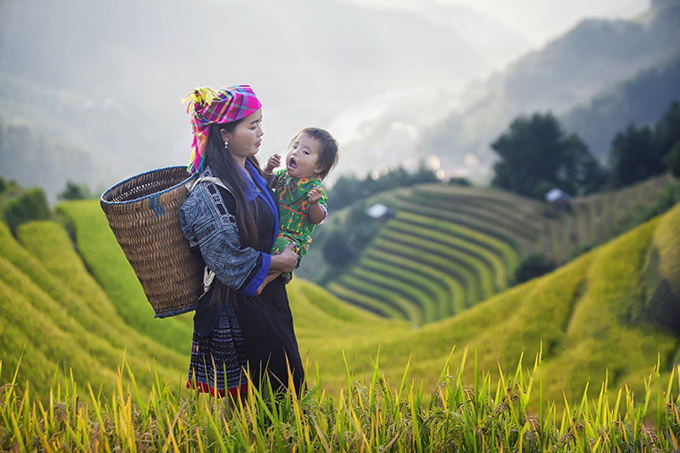 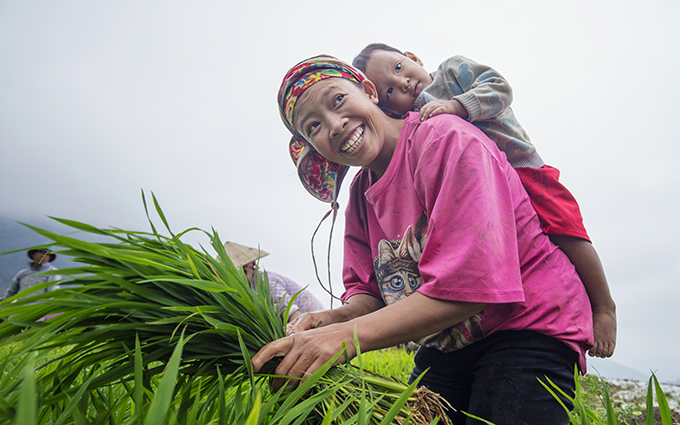 A Dao ethnic boy in Bat Xat District, Lao Cai Province, on his first day joining his mother in the field. 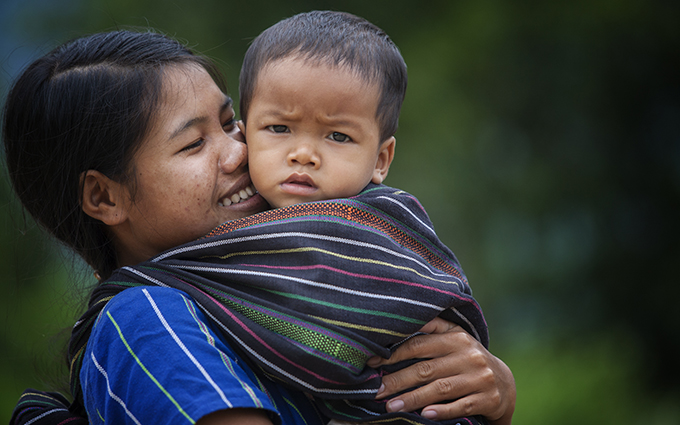 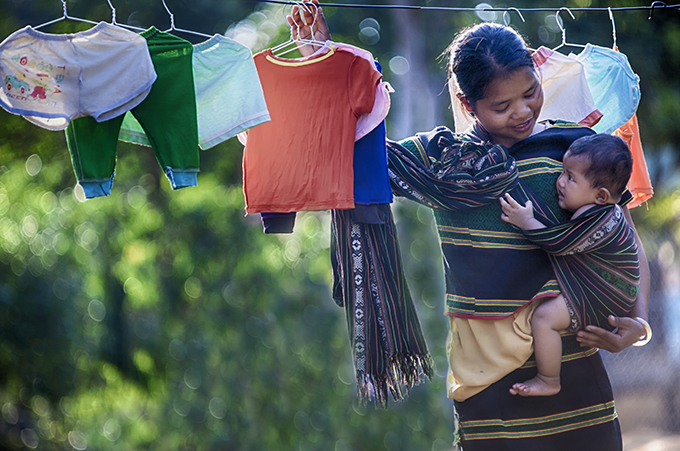 A K’Ho ethnic boy sunbathing in the arms of his mother. 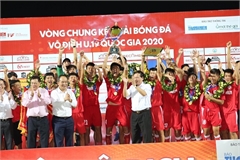