Thu Hien, Vietnam’s representative at Miss Asia Pacific International 2019, impressed audiences as she joined other contestants to compete in the beauty pageant’s national costume segment in the Philippines.

Vietnamese girl Thu Hien models in a white Ao Dai, a Vietnamese traditional long dress, which is accessorised by a lotus flower and a Non La, a conical hat, to symbolise Vietnamese culture.

The most notable aspect of the outfit is the large dragon pattern on the back of the dress. As the nation’s representative, 24-year-old Thu Hien stands at 1.70 metres tall and weighs 49kg with measurements of 80-60-90. 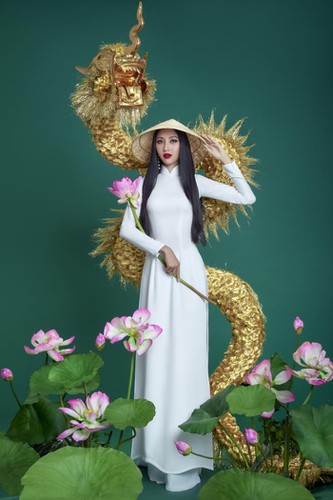 Hien has plenty of previous experience in beauty competitions, having finished in the Top 10 of The Face Vietnam 2016, winning a sub-prize at the Vietnam Supermodel 2018 contest, and winning the Miss Fashion prize whilst competing in Miss World Vietnam 2019. 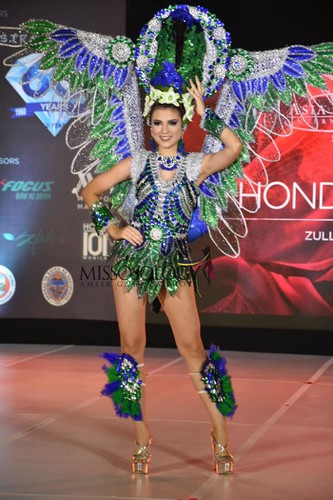 Other contestants also make meticulous preparation ahead of the international pageant. An entrant takes to the stage with a flamboyant outfit. 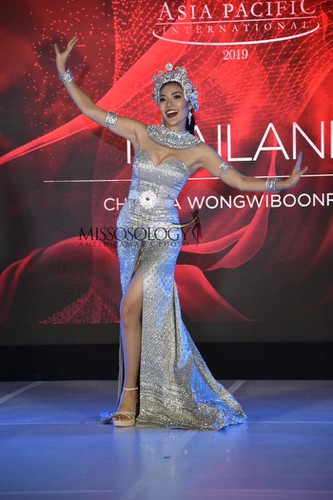 The Thai representative wears a flowing dress that shows off her figure. 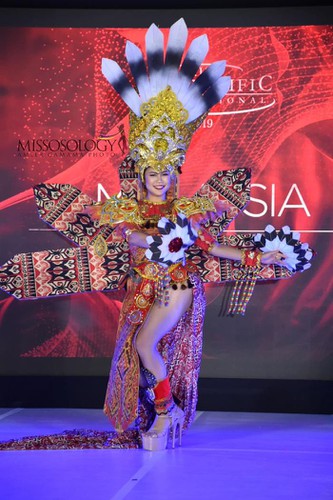 The Malaysian entrant performs in a colourful outfit.

The contestant from the Philippines wears a charming outfit. 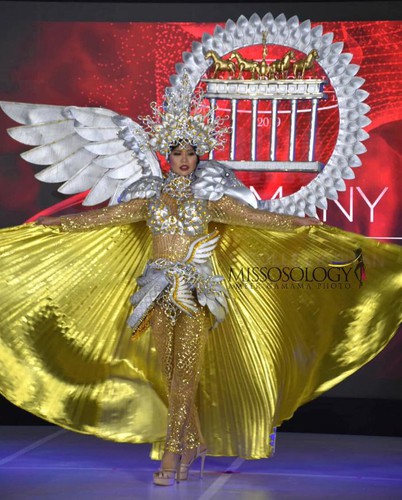