Ngoc excels on the track and in the classroom

But try telling that to Hoang Thi Ngoc, who is both a SEA Games champion and has a master's degree in pedagogy.

Born in 1995 in Quang Binh Province, Ngoc dominated her local track and field tournaments for students in the 200m and 400m.

Scouts invited her to the provincial sports training centre for intensive practice and Ngoc left home for an athletic career when she was 14 years old.

Time flew fast and the hard-working girl was selected for the national junior team in 2014 and won a bronze in the Asian Youth Athletics Championship’s 400m in Taiwan.

A year later she enjoyed her first professional medal after she finished second in the national championship’s 400m event in 2015, Quang Binh’s best ever result.

Her small stature was not problem for her coaches who saw her remarkable endurance, passion and potential, making her suited for relay races. They decided to give her a berth in the national team.

Ngoc was a substitute member at the 2015 Southeast Asian (SEA) Games but in the latter two editions, she secured a slot in the first team.

“My first SEA Games title was incredible. It was my first time competing in such a big tournament and I won. I was really happy. It was a strong push for me to work harder for the next one,” Ngoc said about the 2017 Games.

The 2019 Games saw Ngoc and her teammates successfully defend their title in the 4x400m.

She also earned titles from the ASEAN University Games and Asian Athletics Championship in 2017 and a bronze from the Asian Games in 2018.

She received Prime Minister Nguyen Xuan Phuc’s certificates of merit in 2018 and 2019.

Despite her busy training schedule, Ngoc still managed to find the time to study for her undergraduate degree in physical education. After graduating with an outstanding result, Ngoc decided to go for her master's degree.

“I am in long-term training at the Hanoi’s National Sports Training Centre 1 which is not far from the College of Physical Education and Sports 1. So I thought I could arrange the time to study for a master's degree in my free time in the weekend,” said Ngoc, who began her course in 2018.

“At that time I was 23 and the youngest student in the class. It was not easy in the first weeks because I always had to do the most exercise on Saturday. I was exhausted after practice and I just wanted to relax. I had to go have a strong will to go to school,” said Ngoc who paid her tuition fees with the prize money she won from tournaments.

“I plan to become a trainer in my province after retirement. So, I chose pedagogy. The income that I saved for years was used for my studies which will strongly support my later career and life after I'm no longer competing. I think that investment for education is always a smart choice,” she said.

After two years, Ngoc, the only athlete in the class, graduated early this year and is one of the only professional runners with a master's degree in Vietnam.

Tran Thi Yen Hoa, the former SEA Games 100m hurdle champion, was the first as she received her degree in 2018. Hoa retired in 2019 and now works as a coach in Thua Thien Hue Province.

“My degree and knowledge leant from the course and during my tournament will help me a lot when I work as a coach in the future. I really want to produce good athletes for Quang Binh and Vietnam in general,” the 26-year-old Ngoc said.

“But it is a plan for the future. I am now focusing on the coming SEA Games. I will have to work hard to make sure of my berth in the national team first and then defend my title when the Games is on home turf,” she added.

The 30th Southeast Asian Games will be Tran Thi Yen Hoa’s last, but she expects to go out with a bang in the women's 110m hurdles. 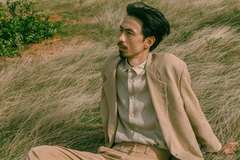 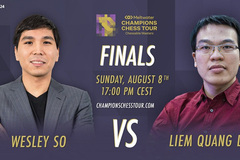