The Banh Mi (bread) painting collection was assembled across nine hours by a number of local artists who introduce a variety of Banh Mi from different regions.

A painting collection featuring 29 Vietnamese letters makes up one part of the “Unlimited Letters” project co-organised by Nguyen The Manh and Vinh Vuong. Each letter is combined with a local cultural story. 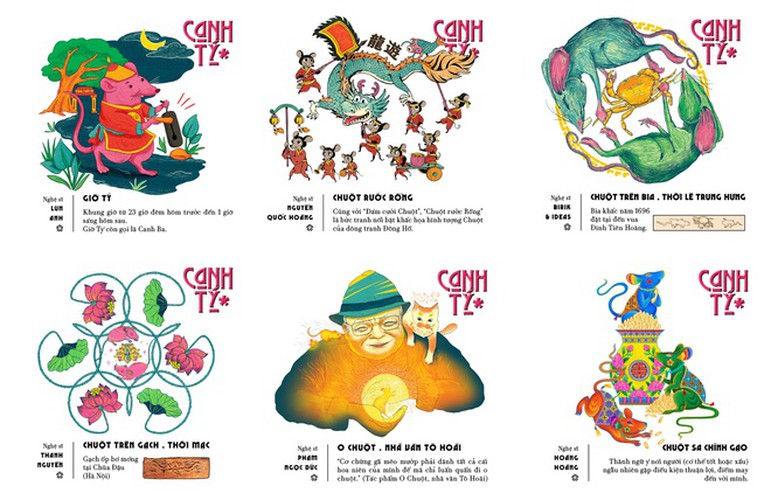 Canh Ty, the Lunar Year of the Rat, painting collection showcases artworks by 23 painters. The collection follows the style of folk paintings from Sinh village in the central province of Thua Thien-Hue.

The collection features ghosts, monsters, and beasts which appear in Vietnamese legends.

Sightseeing spots in the central region along with its cuisine are put on show in a collection created by 90 painters.

Qualifying for the 2021 FIFA Futsal World Cup was no surprise for Vietnam, coach Pham Minh Giang told media after the Asian playoff second tie on Tuesday in Dubai, the UAE.

Goalkeeper Ho Van Y has made national headlines for his outstanding performance after Vietnam earned a slot at the 2021 Futsal World Cup finals.

The Asian Football Confederation (AFC) have published an article on their website, anticipating Vietnamese striker Nguyen Tien Linh would be among stars in the upcoming 2022 FIFA World Cup qualifiers.

Despite being at the top of Group G, Vietnam will be in a dangerous situation if it only gets second place after the end of the second qualifying round of the 2020 World Cup, because of the withdrawal of the North Korean team.

Vietnamese people living and working in the United Arab Emirates (UAE) went to the airport on May 26 evening to welcome the national football team of Vietnam, led by Chairman of the National Coach Council Nguyen Sy Hien.

The hundred-year-old driftwood trunks fished out from the Tien River made into artworks are displayed ayed at the home of Mr. Nguyen Van Nghiep, 43, Cho Moi district, the southern province of An Giang.

The Vietnamese national futsal team has won a card to the World Cup, thanks to the great contribution of coach Pham Minh Giang.