A photo exhibition featuring the career of People’s Artist Minh Vuong, a leading artist of cải lương (reformed opera), a traditional genre of southern theatre, will open in HCM City this week. 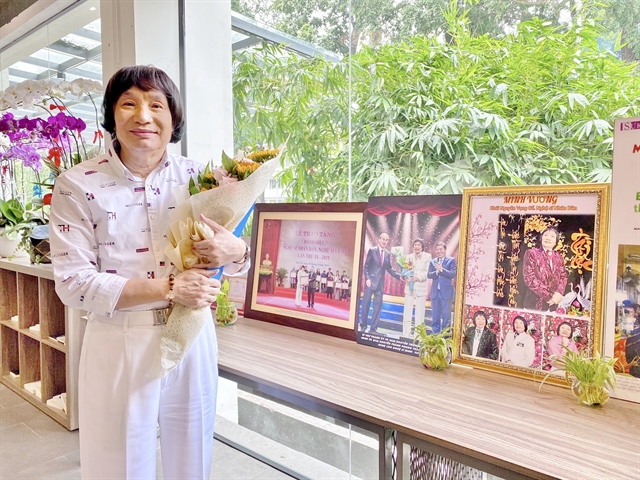 The event will display 103 black-and-white and colour photos depicting the performances of Vương, who has worked for 50 years in cải lương.

Highlighted works depict Vương and his colleagues, such as Lệ Thuỷ and Mỹ Châu, performing in famous plays staged in the 1960s and 1970s in Sài Gòn (now HCM City). Their costumes, make-up, stage design and beautiful moves are featured.

The pictures will be exhibited with captions and articles by reporters and composers who have been involved in cải lương and celebrated the artists’ talent and commitment to the art.

“My exhibition will evoke memories of the golden time of cải lương, a theatre which first appeared in the Cửu Long (Mekong) River Delta about 100 years ago,” said Vương.

Vương was invited to be a member of the jury of Chuông Vàng Vọng Cổ (Golden Bell) 2020, a national cải lương contest launched by HCM City Television last month.

He has worked with the organiser to find and encourage young talents to their career.

“I’m very interested in helping young actors because they are the main factor that will help preserve traditional theatre,” said the 71-year-old.

Born in 1949 in Cần Giuộc District of Long An Province, People’s Artist Vương studied opera with artists of the Kim Chung Troupe.

He began his professional career when he was 14 after winning first prize at a cải lương singing contest for young artists on Sài Gòn Radio. He has performed in hundreds of plays, videos, albums and TV shows. His voice and dance skills are considered a standard for cải lương.

He has also worked with leading art schools and theatres, including the HCM City University of Theatre & Cinematography and Trần Hữu Trang Cải Lương Theatre, to train students.