Strategy and discipline at play

Retired journalist Nguyen Huu Oai heads to a lake near his Hanoi home at 4pm every day to play Chinese chess.

Joining him are dozens of people of the same age as 70-year-old Oai, gathering around chessboards shouting and laughing. 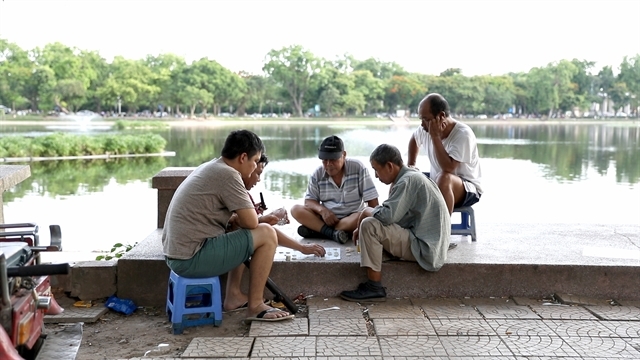 Chinese chess has become a passion for many elderly people once they retire.

“It’s been my favourite hobby for a long time,” he said.

“The game is fun, and we can play anywhere, wherever there is a cool spot. It also helps improve the mind, especially for the elderly like me. After playing four or five games my mind feels much clearer.”

Oai’s wife Pham Thi Hoa understands her husband’s love for the game. If she ever returns home and Oai is nowhere around, she knows exactly where to find him.

“He really does love playing chess, maybe even more than seeing me,” she beamed.

“Whenever I can’t find him, I just go to the park and see him sitting on a chair playing chess with his friends. There are days they play until quite late, with him coming home at 9pm or so. I really don’t understand why they love the game so much, but I’m happy for him.”

People can be seen playing chess everywhere around town, even on the side of a road.

Sixty-year-old Vu Quoc Van Hung from Thanh Nhan Ward never thought he could make so many new friends at his age.

But he has, and it’s all thanks to chess.

“Many elderly people play for some fun,” he said.

“We’re all retired and have free time, so we go to the park when we can. We have become friends thanks to chess. Many people are from other wards in neighbouring districts. It’s fun just talking to each other.”

Despite being popular among the elderly, the overall number of Chinese chess players has been falling.

“It’s mostly university students, middle-aged people, and the elderly who play, and the number of young people learning the game is falling.”

“Young kids can learn Western, or international, chess when they’re four years old, because the shape of the pieces makes them easier to identify and their different movements are simpler than in Chinese chess.”

“It can be a little difficult teaching Chinese chess to kids before they start Grade 1.”

But Trong still tries to instil a passion for the game in his students.

Chinese chess, he believes, is difficult initially but once you know how to play it’s a very stimulating game.

“The game has been around for a long time and Vietnamese people have traditionally played. I have a major love for the game and entered numerous competitions when I was younger.”

“The game is the battle between two armies, each with 16 pieces, with the object of capturing the enemy's 'general’ (or marshal). You can both move and direct your own pieces. The chessboard is divided into two parts, with each belonging to one general, and they stay in their designated areas. This is where the general can move and be protected by other chess pieces.”

“To win, you must capture the opponent’s general and protect your own. It’s an interesting game, and I try to inspire my students to play and many have really taken to it.”

Thanks to Trong’s enthusiasm, these students have also found the fun side of the strategy board game.

“I want to be a national Chinese chess champion,” he smiled.

“I like the thrill that comes with playing, because you never know what move your opponent will make and what his tactics may be.”

“I have learned to be more patient and determined and not to act rashly,” he explained.

“The game is good for young kids, helping them interact with and learn from others,” he said. “And it’s certainly good for self-discipline.”

The National Team Chess Championship will be held in Bac Giang Province on June 5-15. 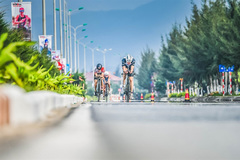 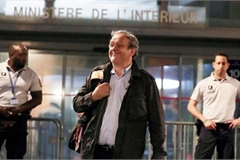 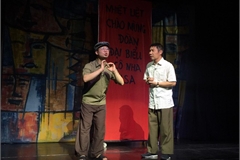 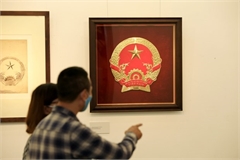