If Hoang Vu Samson didn’t pursue a football career he wouldn’t have too many concerns in life, as he comes from a well-to-do family in Nigeria. But his love for football ended up bringing him to Vietnam.

The naturalised 31-year-old striker is the top scorer in V.League 1 history, with 192 goals.

His 13 years in the league include stints at Quang Ninh Coal, Dong Thap, Hanoi, Quang Nam, and now Thanh Hoa.

How do you feel about being the top scorer in V.League 1 history?

I feel very happy about it and want to devote myself further to Vietnamese football. I am proud that no one else is near my record.

Apart from natural talent, what other factors do you think are behind your success in Vietnam?

I think determination and hard work with my teammates and coaches are a large part of my success.

What are your thoughts about Vietnamese football?

It’s getting stronger and stronger every season, which encourages more fans to come and watch it live.

You have been around football since you were ten years old. Why did you want to be a professional footballer?

I was born in 1988 in Kaduna, in northern Nigeria. I knew how to play football when I was ten and often played with my friends at school and at home. We loved football so much. I then started to think being a professional was a good idea.

My father is an electrical engineer at Nigeria’s national TV station, and my mother is a university lecturer of technology in Kaduna. At first my mother didn’t want me playing football, and wanted me to study instead. But my father always supported me with football when I was at school.

I played in the Nigerian Professional Football League before coming to Vietnam.

When did you come to Vietnam and why?

I came here in 2007 to show off my talent, and this was the first Asian country I visited.

I initially played for Quang Ninh Coal, in 2008, which was a first division team at the time. I scored 16 of their 25 goals in V.League 2 in 2008 and was one of the top scorers in the league.

I joined Dong Thap in 2009 and played in V.League 1. Together with my foreign teammates Timothy Anjembeor and Ekpe Aniekan Okon, I created a “fever” in Vietnamese football. In my three years at Dong Thap I helped turn it into a competitive team in Vietnam’s top league.

What memories do you cherish after playing at all those clubs? Which one did you enjoy playing for the most?

Wow! That’s an interesting question. All are great clubs and I’ll never forget my time with them. They all played a very important role in my life. So I can truly say I enjoyed them all.

After joining Thanh Hoa early this season, you have scored three goals and the team is in eighth spot. What can you tell us about the club?

Thanh Hoa are a good team with special talent. What I will say is "Watch out, surprises are coming!"

During your time in Vietnam you were invited twice to play for two clubs overseas - Atletico Madrid from Spain in 2011 and Buriram United from Thailand in 2017. What happened with that?

Those opportunities came my way because I deserved it. Both teams are very professional and have great facilities.

Are you sorry not to be playing in Europe?

I don’t feel sorry because everybody has their own destiny. I may still have the chance to play in Europe one day. Nobody knows what the future holds.

Why did you decide to become a Vietnamese citizen?

I decided to become naturalised because I wanted to have the chance to play in the national team and also because I really do love this country.

After more than a decade in Vietnam and having won fame and fortune, is the dream of wearing the Vietnam shirt the only goal left in your career?

I am living a good life as a professional footballer. Playing for the national team would not be the last thing I do, but creating history by playing in the World Cup for Vietnam would be wonderful.

Can you tell us a little bit about your family in Nigeria?

My family in Nigeria pray for me and support me in everything I do. They will come to Vietnam to visit as soon as they can.

How do you feel about Vietnam?

Vietnam is a special country that’s always fun and happy. The people are very friendly. And the food is healthy. Vietnam has won a place in my heart.

Can you run through your career in Vietnam for us?

The HCMC Ballet, Symphony Orchestra and Opera (HBSO) will present a revival of the contemporary dance show Café Saigon for a single performance on August 8 at the Saigon Opera House. 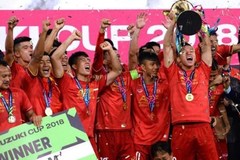 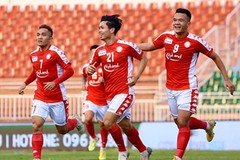 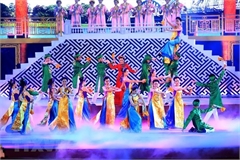 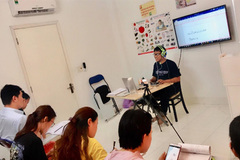 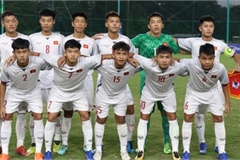 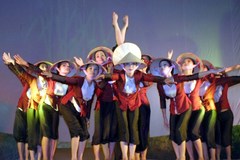 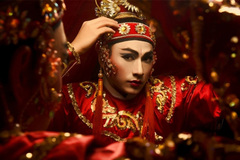 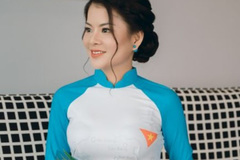 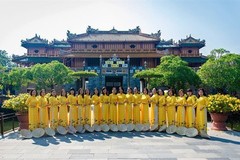 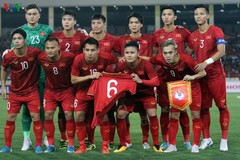 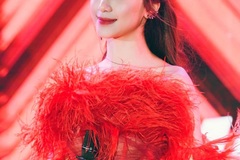 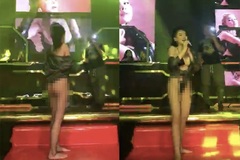 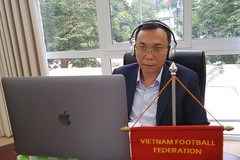