Vietnam move up to second in World Cup qualification group

Vietnam have climbed to second place in Group G in their qualification campaign for the World Cup 2022 following their impressive 3-1 victory over Indonesia in Bali on October 15. 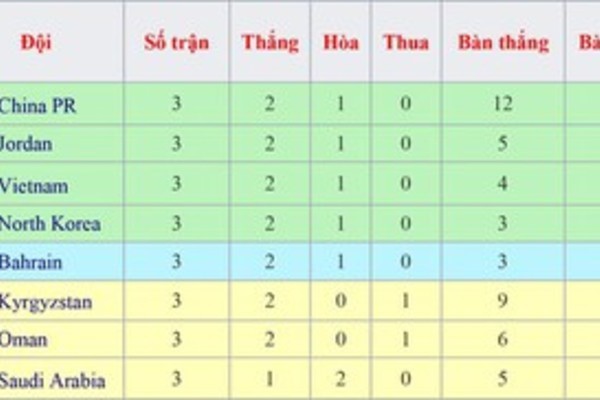 After recording two wins over Indonesia and Malaysia, in addition with a draw over Thailand, Vietnam are currently on seven points, leaving them second in Group G.

Elsewhere, Thailand top the group after recording a 2-1 win over the UAE.

Trailing Thailand and Vietnam are the UAE, Malaysia, and Indonesia who sit third, fourth, and fifth, respectively.

In Group A, Syria are comfortable in first place after thrashing the island nation of Guam 4-0, while China fell to second after being held to a goalless draw with the Philippines.

The Philippines and the Maldives follow the top two in third and fourth place, respectively, whilst Guam sit bottom of the group rankings.

Australia are currently in control of Group B following a dominating 7-1 win over Taiwan, while Jordan are up to second after beating Nepal 3-0.

Following are Kuwait, Nepal, and Taipei (China) in third, fourth, and fifth, respectively.

Meanwhile in Group C, Iraq and Bahrain are leading the pack, with Iran and Hong Kong in third and fourth place. Cambodia are currently bottom of the group following a series of heavy defeats.

Uzbekistan top Group D, with Saudi Arabia in second. The pair are followed by Palestine, Singapore, and Yemen in third, fourth, and fifth position, respectively.

In Group E, Asian champions Qatar top the group after a 2-1 win over second-place Oman. They are followed by Afghanistan, India, and Bangladesh in third, fourth, and fifth place, respectively.

Lebanon is currently in third, with Turkmenistan and Sri Lanka below them in fourth and fifth.

The Vietnamese team are currently on seven points after three matches played, in addition to a goal difference of +3, leaving them second in Group G, only behind Thailand on goal difference.

According to the Asian Football Confederation (AFC), the teams to progress to the next round of qualification will be the eight group winners, along with the four best runners-up. As Qatar are World Cup hosts and qualify for the tournament automatically, if they win their group or finish as one of the four best second-placed teams, their spot in the next qualifying round will be given to the fifth best second-placed team.

If the Vietnamese national team are able to hold their current position, they will progress to the next round of qualification.

Despite the good start, the national team still have five matches to play, including three home fixtures against the UAE, Thailand, and Indonesia, and two away games against the UAE and Malaysia. VOV 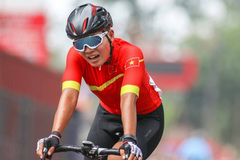