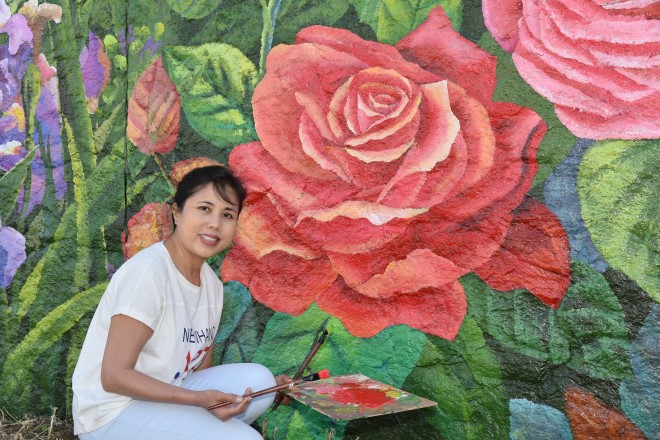 At the inauguration ceremony, artist Nguyen Thu Thuy said that she was very proud of contributing to the friendship relationship between Choisy le Roi City and Vietnam.

In 2013, Mayor of Choisy le Roi City, Daniel Davisse, invited Thuy to paint a ceramic mosaic in Choisy le Roi city hall in France to mark the 40th anniversary of diplomatic relations between France and Vietnam.

This year, as part of activities during the Vietnam Year in Choisy-le-Roi, she and her colleagues were invited to Choisy le Roi to give the dyke wall a makeover with the mural. 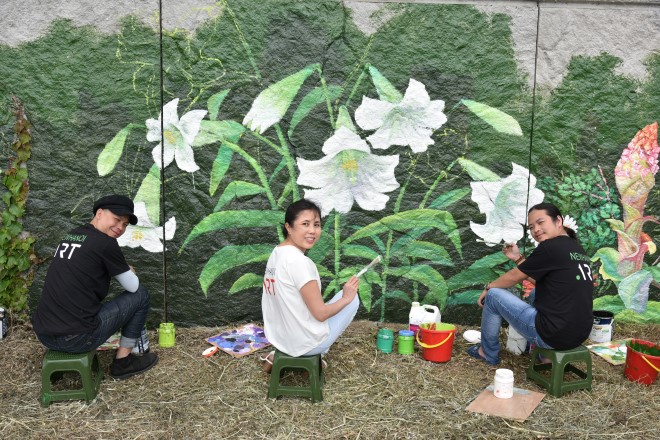 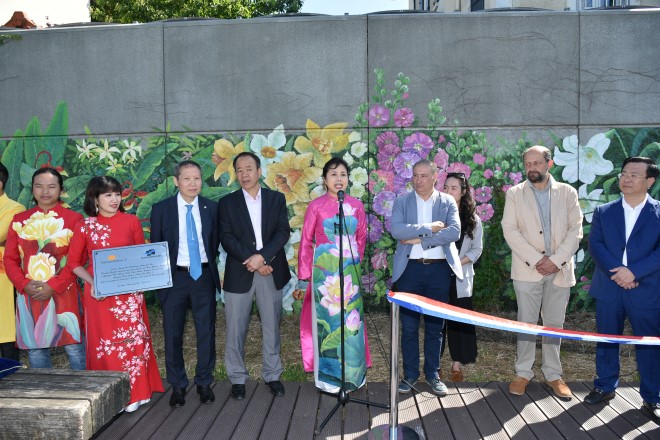 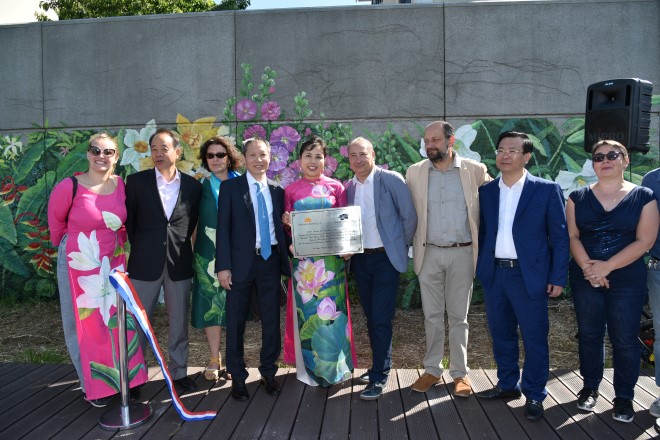 Choisy le Roi is located 20km to the east of Paris, and is where negotiations took place between the Democratic Republic of Vietnam and the Provisional Revolutionary Government of the Republic of Southern Vietnam.

The delegations stayed there during the negotiations on the Paris Peace Accords on ending war in Vietnam from 1968 to 1973. In 2013, the local authorities named a square after the Paris Agreement.

The French city has established a close relationship with Hanoi’s Dong Da District since 1973.